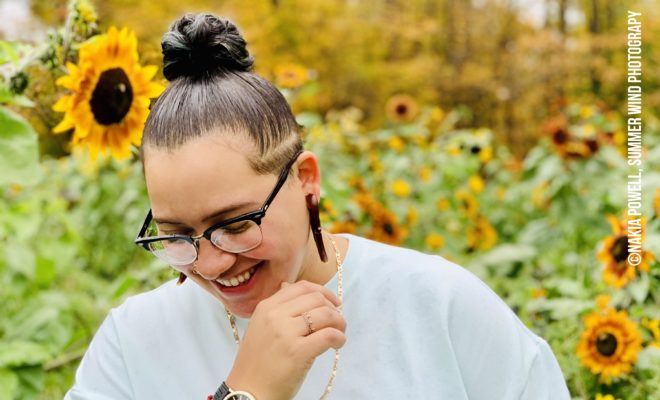 By 2030, my consulting practice will have reached 5,000+ people. That’s 5,000 fighters ready to dismantle systems of oppression, ready to shift power in meaningful ways, and committed to uplifting the voices of those most system-impacted/harmed.

Stephanie has dedicated her life to teaching sexual health and reproductive justice. She’s spoken at multiple conferences and coined the phrase “Professional Unprofessional”. She isn’t your average “leader” but she’s exactly the kind we need, someone who can combine memes with history to uplift POC voices.

Since she was an undergrad at Lehman College in the Bronx, NY, Stephanie has fought for Queer inclusivity, rights and visibility. “Growing up as a Queer Boricua in the Bronx, I know the importance and impact of the framework I am helping to layout,” says Stephanie. “I can honestly say that early on I did not see what my peers saw—a leader.” Slowly but surely she was able to grow into her full potential. She has worked at several nonprofit organizations throughout New York City, focused solely on and for Queer youth of color. The intersecting identities she shares with these communities have become the epicenter for her work.

Having the Bronx Borough President, Ruben Diaz Jr, recognize her work in the LGBTQ community validated the impact of her efforts. Through youth leadership development and sex education, she has found her passion—her calling. She has been all over the country, presenting at national conferences, non-profit organizations and universities on best practices for Queer inclusivity in curriculum, approaches and creating safe spaces for QPOC. “Maybe I am not everyone’s idea of a leader; I’m proudly queer, full of tattoos & body modifications and often swear like a sailor – but to the folx I’ve been fortunate enough to share space with…they see me,” says Stephanie.  And, when someone truly sees you nothing else matters.