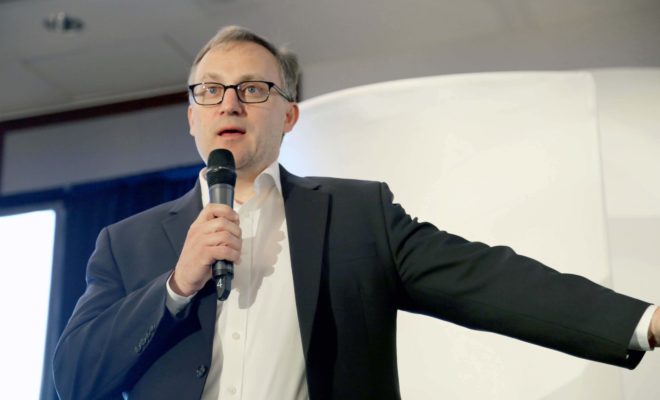 I’ll share two: 1) in college, major in something you enjoy and the rest will take care of itself (I did and it did); and 2) build your business around a clear, succinct description of what you do so that potential clients can easily understand your value (I did and they do).

(Editor’s Note: The following narrative is in Ben’s own words.)

I came out in the early 1990s, before Ellen, Will & Grace or legal same-sex marriage. As a young congressional staffer in D.C., I was at first reluctant to be true to myself and others. I decided to come out to my boss, then-Congressman Bill Richardson (D-NM), around the time of the DOMA vote because I wanted to be honest about the issue and the impact it could have on me personally. From there, there was no looking back.

I helped to co-found the Congressional Gay and Lesbian Staff Association (with several dozen other staffers) and marched in parades and spoke out publicly on behalf of LGBT rights. I also helped start Serving with Pride, the first-ever spring fundraiser for Servicemembers Legal Defense Network. Then I was co-chair of the communications caucus of the National Lesbian and Gay Journalists Association, an organization I’m still a member of today, nearly 20 years later. I served on the Victory Campaign Board of the LGBTQ Victory Fund for five terms (from 2007-2017) and on the Board of Directors of OutServe-SLDN for one term (from 2016-2019).

In 2004, I was founding global co-chair of FH Out Front, the global gay and lesbian communications practice at FleishmanHillard (FH). The first such practice of its kind in the world, FH Out Front includes more than 50 FH professionals in 20 FH offices on four continents. We worked with more than one dozen clients representing a broad cross-section of consumer, corporate and association market segments. FH Out Front was the official communications firm of Gay Games VII in Chicago in 2006; more than one dozen FH offices worldwide provided media outreach and support to help promote the games generating significant global coverage on a scale not seen for previous Games. FH Out Front also helped support the successful bid by Cleveland in 2009 to win Gay Games IX, which took place in Cleveland in August 2014.

In addition, I co-developed and launched the industry’s first gay and lesbian communications blog – www.outfrontblog.com – and served as editor, managing a fluid team of six-eight bloggers from throughout the FleishmanHillard network for nearly three years. I contributed more than 200 blog posts to the Out Front Blog and interviewed LGBT icons such as Billie Jean King and LGBT community leaders such as Jody Huckaby and Neil Giuliano. During this time, I also advised Omnicom’s legal team on the global holding company’s first-ever Corporate Equality Index submission to the Human Rights Campaign.

In January 2015, I launched my own firm, RenewPR, providing communications assistance to a range of companies and organizations including the LGBT community. In May 2018, I launched DC Family Communicators, a new professional networking group for LGBTQ communications professionals in the Washington, D.C. area (inspired by a similar group in Atlanta). The group, which is designed to provide a forum for networking, job searching and professional development for LGBTQ communicators in the Nation’s Capital, now has more than 160 members.