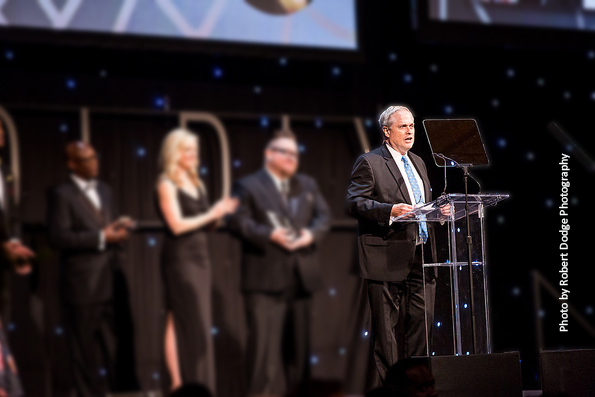 The advice that has inspired me most is to try to be authentic in every way possible, and to do all I can to lift up others. Both give me purpose, hope and confidence.

Bob Witeck is the founder of Washington, D.C.-based Witeck Communications, Inc., a strategic communications firm with special expertise in LGBTQ business issues and messaging. He has been a mentor and trusted adviser to Marriott International for over 15 years, and has notably served other leading corporations including American Airlines, Wal-Mart, Bristol-Myers Squibb and Stanford Graduate Business School. Before opening his own practice, Bob was senior vice president for Hill & Knowlton Public Affairs, the international public relations and public affairs firm. He is a graduate with distinction of the University of Virginia, where he was named an Echols Scholar.

(Editor’s Note: The following narrative is in Bob’s own words.)

Growing up in the Washington DC suburbs before the 1969 Stonewall uprising, thinking about same-sex attraction felt like a ticket to lifelong shame. I never even heard the words gay or homosexual until I was in high school. By that point, I was already well acquainted with ugly words like queer, fairy and fag. I came from a large Catholic family. By high school, I realized my feelings were unchanging. I felt a need to read more and talk safely with others about my feelings. In the library, I found a few books that described homosexuality in a clinical way, or worse, as a social pathology. Being Catholic, I felt sinful. No matter where I looked on a bookshelf, I never stumbled upon even a pamphlet that revealed there were normal, happy, healthy boys also attracted to other boys. I thought I had never met one, talked to one, identified one—how could I but feel alone and strange?

As luck had it, when I was 16, I read a newspaper story about people who advocated for homosexual rights (though I wasn’t so sure what “rights” they were advocating). I was amazed to realize there are adults who dared to be openly gay and lesbian and wanted the world to know. It was boldness beyond my imagination and its name was the Mattachine Society. I looked up the group in the phone book, and one afternoon, with a couple of dimes in my pocket, I walked a few blocks to a phone booth. I dialed the Mattachine Society. A man answered politely. He was kind and helpful and sensitive to each question I asked. I had been hoping that it might also be an informal social group—that I might be able to find other teens like me. It became plain that it was a group for adults.

That furtive phone call, however, was not pointless. It was the very first time an adult ever spoke to me honestly and intelligently about who I was, and about who I hoped to become, without fear. He was caring and truthful and gave me a tiny bit of real hope that I would not be doomed to self-hate and rejection by everyone. He made me realize there were many others like me, and that we are not alone. He also told me about the Washington Blade and the Advocate, new publications by, for and about homosexuals.

That phone call changed my thinking forever. It helped me believe I was healthy and normal, and also that I could find the community, friends and loved ones I wished for. It gave me the courage to admit that I am gay. Years later, I discovered the man on the other end of the telephone was Dr. Frank Kameny, one of America’s gay pioneers and co-founder of the Mattachine Society—a hero who dedicated his life to helping achieve equality, respect and inclusion. Ever since that day, I have worked hard to stand on his shoulders.