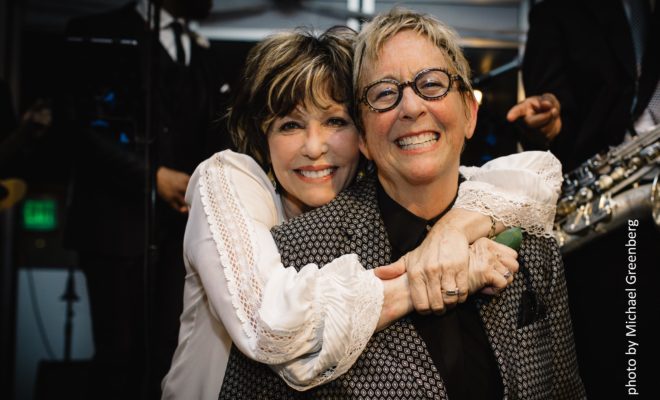 To be my authentic self in all areas of my life and to do what I love. I have followed this advice by being an activist and always staying true to myself.

(Editor’s Note: The following narrative is in Catherine’s own words.)

As a film producer, I have spent much of my life using the medium as an activist for the greater good. In 1988, I produced and directed the first gay TV show in South Florida called Way Off Broadway, as I thought gay performers and drag queens should be seen and appreciated on TV — at that time there were none on any tv shows.

In 2000, I left a high paying corporate job to help start C1TV, a gay cable network in South Beach, Florida. As vice president of advertising, I brought in major advertisers like Showtime, Tanqueray and online banks. We had great original programming and imports such as the British Queer As Folk. In 2002, I started producing a film about gay marriage called I Can’t Marry You which aired on PBS beginning in 2003 and aired for many years. We also took the film to many film festivals around the country where it won awards. It is still archived on some college campuses and available to watch on YouTube. Ellen’s mom, Betty DeGeneres, narrated the film. I’ve always been a big believer that film and television are what educate people and change culture.

Currently, I am producing an original series called She Angels. This endeavor is to fund women entrepreneurs as just two percent of venture capital goes to women-led ventures. I also produce and host a podcast talk show called Live Love Thrive where I showcase women, trans and binary people who are doing amazing work in the world. I feel there’s not enough positive programming celebrating the achievements of women and I wanted to feature incredible stories that you would otherwise never hear about.

My film projects will be my legacy. I am proud to be a catalyst to change for the better.