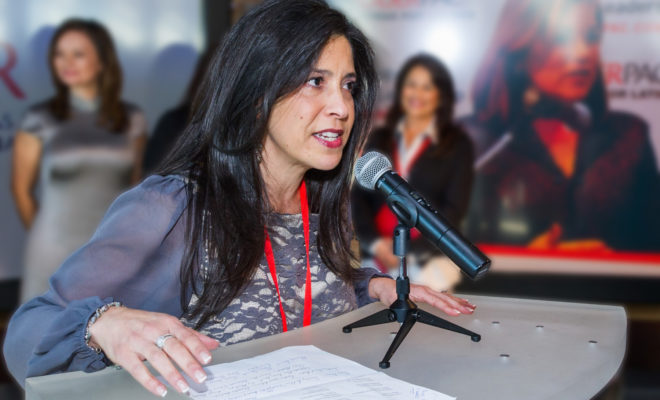 I was raised by a single mother who worked two and sometimes three jobs to support me and my two younger brothers. She told me “get an education so you don’t have to struggle like me” and “work hard” and “don’t ever forget where you came from, and bring up those behind you.”

(Editor’s Note: The following narrative is Catherine’s own words.)

I was raised by a single mom in a very conservative Catholic family in Albuquerque, New Mexico. I knew I was different at a very young age but I didn’t know exactly what that meant. My first experience with a girl was at 16 with my best friend. A deep secret that nobody knew for a very long time because back then and in our families, it was perceived as being wrong and all the messages we received in church, in school, from our families was that is was wrong and something was wrong with you. Throughout the years following that experience, I was isolated, depressed and suicidal. If there was a way to change, I would have.

It wasn’t until years later in graduate school in New York City when I discovered the Hetrick Martin Institute that my world began to change and I was at peace with who I was and began to celebrate my identity. When my wife Ingrid and I forged our worlds together, we decided to start a business as an out couple and to find ways to bridge the Latino and LGBTQ communities together. Back then, in 2004, it was very different than it is today but we were convinced by sharing stories, we would one day be in a different world.

Throughout the last 15 years, we have created campaigns and documentaries to change hearts and minds. The Familia es Familia campaign, a collaboration with Freedom to Marry, was the first-ever national campaign partnering with 25 National Latino organizations to help Latino communities better understand the LGBTQ community by sharing stories. The campaign was very successful and instrumental in the landmark 2015 Supreme Court case Obergefell v. Hodges.

Our documentaries The Latino List I & II, The Out List and The Trans List on HBO were also a way for us to share those important stories to change hearts and minds. Whether it is working on projects to advance the LGBTQ community and to develop young LGBTQ leaders through our company D&P Creative Strategies, sharing stories of the LGBTQ community through our production company, Freemind Beauty, and in our personal lives giving to important LGBTQ causes and sharing our stories, we continue to and will always lift up the LGBTQ community and change hearts and minds.

Catherine has extensive experience working in the philanthropic and nonprofit sectors, where she has developed an expertise for designing and evaluating programs that target underserved populations. She served as the Deputy Director of Urban School Reform for the Carnegie Corporation of New York. There she managed a $60 million high school reform initiative, a multi-million dollar portfolio, and a $25 million Bill & Melinda Gates Foundation grant.

Her desire to help the disadvantaged took root at an early age and was fostered through numerous volunteer activities in her hometown of Albuquerque. After college, she worked in the Capitol Hill office of New Mexico Senator Jeff Bingaman, where she learned first hand how public policy and legislation intersect with nonprofit efforts. Her burgeoning interest in public policy led her to the National Council of La Raza (NCLR), the nation’s oldest Hispanic civil rights organization. There she worked as a liaison to the organization’s board and corporate advisors, cultivating valuable, long-lasting professional relationships.

At the Washington, DC-based Independent Sector, she represented nonprofit interests on a broad range of issues on Capitol Hill and was the liaison to the Congressional Hispanic Caucus. She also co-created Independent Sector’s Future Leadership Initiative, which focused on efforts to attract, retain and develop young leaders in the non-profit sector.

Her entrée into the foundation world began soon after at the DeWitt Wallace-Readers Digest Fund, where she managed a $48 million youth development and education portfolio. She had dedicated her professional career to work in the communities she cares about deeply serving as a board member of the Congressional Hispanic Caucus Institute, the National Gay and Lesbian Chamber of Commerce and GLAAD.

Catherine was the first Latina to co-chair the board of the Hetrick-Institute in New York City. Currently, she is a board member of the Arcus Foundation and the National Council of La Raza (NCLR). She is Senior Advisor to the Director of the CIA for Diversity in Leadership and also serves on the Nielsen Hispanic/Latino Diversity Advisory Council.

Catherine and her wife Ingrid have also been recognized throughout the country for their leadership and philanthropy. Catherine holds a Bachelor of Arts in Political Science and Criminal Justice from the University of New Mexico, and a Master’s in Public Policy and Administration from New York University. Catherine is a graduate of Harvard’s John F Kennedy School of Government’s Executive Program, Harvard Business School’s Corporate Governance Program, the Center for Creative Leadership and is a fellow of the National Hispana Leadership Program. Together, Ingrid and Catherine founded PODER PAC a political action committee by Latinas for Latinas.