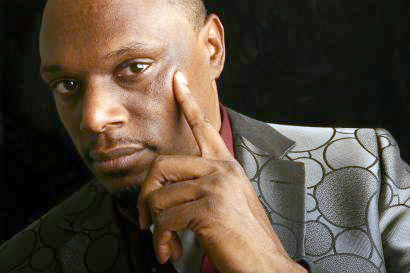 Always know what you are talking about.

Cleo Manago is an African American activist and social architect who coined the term “same-gender-loving” (or SGL) as an alternative for African descended or black people who do not wish to identify as gay or lesbian due to the perceived European-centered nature of the terminology and community practices. Cleo rejects the terms gay, bisexual and lesbian because he believes they are white, eurocentric-constructed identities which do not culturally affirm the culture and history of African descended people. Cleo is the founder and CEO of AmASSI Health and Cultural Centers and Black Men’s Xchange (BMX) and is a mentor to many Black SGL people working to improvise their families, communities and the country. Along with his activism, Cleo is also a blogger and columnist.

(Editor’s Note: The following narrative is in Cleo’s own words.)

I was raised primarily in Watts and Compton, California, by well-meaning, but dysfunctional parents who didn’t provide enough rules, consistency, opinion or guidance for me to feel self-conscious about being a same-gender-loving (SGL) Black boy. I was aware of my erotic and romantic attraction to other boys from age eight years old. I never felt self-conscious about being homosexual or compelled to make public announcements. I observed too much hypocrisy, so neither society, church, family or strangers had the credibility for me to need to “come out” to them. I didn’t care what people thought. I think it’s more important to come “in” to self-recognition and acceptance than it is to come “out” to people. I live my life freely, am affectionate even publicly with whom I love, and never concerned with who’s watching. My life is mine.

I was hardwired to be very analytical and a problem solver. As a child, I was fascinated with cruelty between people and what caused domestic violence, which, unfortunately, I witnessed frequently. Instead of hiding from painful experiences, while enduring it, I wanted to understand why it happened so I could devise a way to stop it. I was thinking like this before my awareness of racism/White supremacy myth and patriarchy as a societal phenomenon, and internalized oppression. In high school, I vowed to do something about Black and homosexual self-hate, racism, violence and religious dogma. As a college undergrad, at 16, I discovered Men Against Violence, joined and advocated against rape and violence toward women, feminine people and misogyny.

My passions led me to behavioral science, activism and the study of religion. Without planning it, my life direction and analysis thrust me into leadership. As such, I became a noted behavioral health and cultural expert, educator, [Black] human rights activist and political analyst; founded often-emulated organizations, including the AmASSI Centers for Black Wellness & Culture, where I am CEO, and Black Men’s Xchange National (BMX), an anti-oppression, cultural literacy, training and advocacy organization. I developed the Critical Thinking and Cultural Affirmation (CTCA) preventive health intervention. In 2015, the CTCA framework, evaluated as the Men of African American Legacy Empowering Self (MAALES) project, was included in the CDC’s compendium of evidence-based interventions. For use by current and future generations, it has been featured in numerous journals including The Black Scholar – Journal of Black Studies and Research, The Journal of Black Psychology, American Journal of Public Health, and various magazines.

My thinking has been highlighted by feminist and social activist Bell Hooks, my insights have been featured during appearances on several networks, including BET, TV One, Fox News, CSPAN, ABC, NBC and CBS and on national radio. I was the first “out” SGL regular commentator on nationally syndicated Black television, on News One Now with Roland Martin, and to be asked by Min. Louis Farrakhan to speak as an SGL at the Million Man March 19th anniversary commemoration.