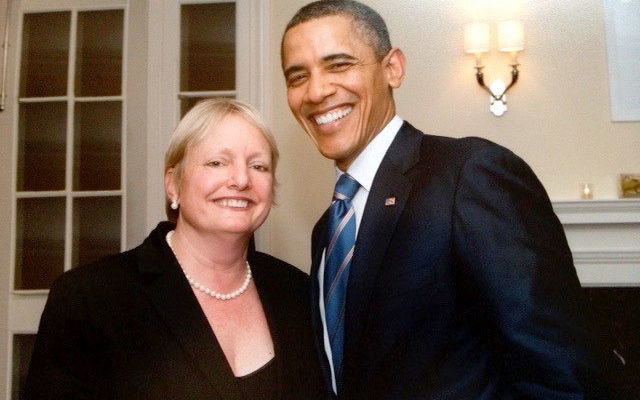 You should always imagine yourself at age 90, sitting on a porch, and be able to know that you acted with integrity.

In the words of a close friend… “Elizabeth has been a major force in the LGBTQ Movement. At the Human Rights Campaign for 10 years, she has been a major force in shaping policy, culture and law. She is always open and positive about learning and admits when she is wrong. Her greatest gift has always been her ability to bring good people and great ideas together. She expects nothing, but she’s given us so much”.

Elizabeth’s open and out LGBTQ career has spanned the corporate (Apple Computer, Inc), legal (McCutchen), and LGBTQ nonprofit (headed the Human Rights Campaign for almost a decade) worlds. During her tenure at HRC, the organization helped to create a major shift in the understanding of LGBTQ people and our lives. Elizabeth is proud that more LGBTQ youth can speak more openly than ever before and continues the work to protect them in that courage.

In terms of the LGBTQ community, Elizabeth is most proud of the work her team did at the Human Rights Campaign. Building on the excellent foundation that was in place, the team grew the organization into a force that the opposition took seriously while laying a strong economic foundation for both HRC and the HRC Foundation.