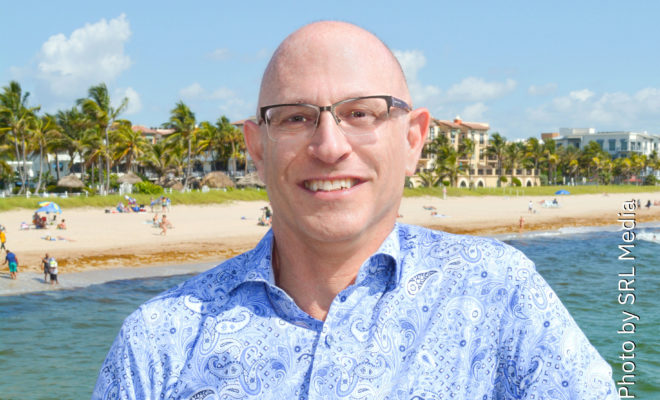 From a young age, my parents instilled in me a strong sense of believing in myself, coupled with the message to “trust my instincts”. If doing something didn’t feel right, it probably wasn’t a good thing to do. That advice has served me well, both personally and professionally.

(Editor’s Note: The following narrative is in Irwin’s own words.)

From the time I reached my teens, everyone in my community told me that I would be the country’s first Jewish President. What none of them at the time realized was that being Jewish wouldn’t have been the only hurdle for me. By that age, I had already realized that I was gay. So, after completing my education, instead of entering the world of politics and elected office, I chose to follow in my Dad’s footsteps, and enter the business world.

When I accepted a job at IBM in 1983, it was very much the same company my Dad had joined 27 years earlier. While many of my gay friends questioned the wisdom of joining a company with such a conservative reputation, I knew otherwise. IBM had three basic beliefs that had been clearly stated by the Founder, Tom Watson, and remained unchanged, and the first of them was RESPECT FOR THE INDIVIDUAL. And so, deep down, I knew it would be okay for me to work there.

By 1985, I had successfully come out to my entire family and to my employer, with no negative repercussions of any kind. I was extremely fortunate and remain forever grateful for the way my sexuality was never an issue for anyone in my family or in the workplace. As time went on, IBM added numerous programs for its LGBT employees via their Workforce Diversity team, as well as an LGBT Sales and Marketing team. The only gap, it seemed to me, was in IBM’s award-winning Supplier Diversity Program, which didn’t include LGBT-owned suppliers. Unbeknownst to me, there wasn’t a single company in the world that included LGBT-owned suppliers in their programs at the time.

Sometimes “ignorance is bliss”, as the saying goes. Had I known that, I might have been reluctant to ask the game-changing question of IBM’s Senior Procurement Management team in the fall of 1999 … “Why don’t we include gay and lesbian [as LGBT was then referred to] in our Supplier Diversity program?” Literally, ten minutes after asking the question, IBM’s Chief Procurement Officer, the late Gene Richter, announced to the entire Global Procurement Management Team that IBM was going to be the FIRST company IN THE WORLD to include LGBT in its Supplier Diversity Program and that I would be its first Director.

I said earlier that it was a game-changing question, but for me, it was truly life-changing. I suddenly found myself thrust into the role of LGBT activist, and as IBM’s program grew, and with the advent of the NGLCC in 2003 and my ability to convince IBM to become its First Founding Partner, LGBT became an integral component of hundreds of Corporate Supplier Diversity Programs around the world, thereby opening the door for LGBT business owners to compete for Corporate contracts on a level playing field. That is, I believe, the legacy that I, a 60-year-old gay man, leave to my community, and for which I am extremely proud.