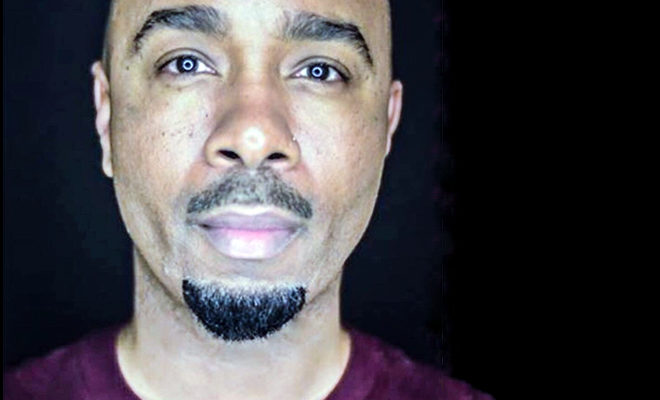 (Editor’s Note: The following narrative is in Louis’s own words.)

I became an advocate for the HIV/AIDS community at a public level when I was diagnosed with AIDS, thrush and bilateral pneumonia in the 1990s. medical staff didn’t want to touch me or feed me. I was told that I would die within a matter of weeks but refused to give up.

When I was diagnosed with AIDS, I was an established openly gay social worker facilitating parenting groups and handling family crises. However, I recognized a gap in services for Black and HIV positive men. I regularly attended a support group at People of Color in Crisis (POCC), an organization founded for and by Black gay men. While attending the support group, POCC hired me as a social worker and shortly thereafter I was promoted as the assistant executive director.

My work allowed me to participate as an openly HIV-positive gay man at political events, within think tanks at other organizations, while undertaking a planning process with funders around HIV care and prevention for on gay and bi men of color and facilitating support groups comprised of HIV-positive Caribbean, Latino, African and African-American gay and bi men. I recruited and trained straight and gay Black and Latino youth to do HIV prevention work.

I’ve also worked at various organizations as a clinical director for housing and treatment for HIV-positive individuals, mentoring LGBT youth and I’ve had appearances in documentaries and publications as an openly HIV-positive gay man.

I’m also a workshop facilitator and have been a featured speaker at Rutgers University, Gay Men of African Descent, (GMAD) Hudson County Community College, New Jersey City University (NJCU), Hudson Pride Connections and other reputable agencies and institutions. These experiences have allowed me to be an example of someone who refused to accept defeat from an AIDS diagnosis on my deathbed. On a daily basis, I challenge homophobia, AIDS-phobia and racism from various communities as a professional and in the public eye. I never allow adversity to diminish my ability to educate and uplift our LGBT youth or to foster hope in older people like myself — that we are still relevant over the age of 50.