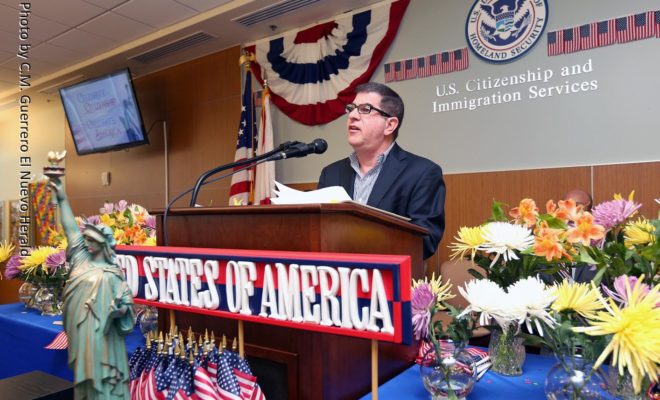 From my husband, the former journalism professor: Always carry a pen and paper. From the LGBTQ activists I’ve admired: Be myself. From inside my head and heart: Work hard, be fair and accurate and do what is right.

(Editor’s Note: The following narrative is Steve’s own words.)

When I began reporting “gay issues” at the Miami Herald in 1997, there were no roadmaps on how to cover a vast, diverse community like ours, particularly for a mainstream audience. Back then, LGBTQ people were largely ignored in the news media, except for scant, uneven coverage of people with HIV/AIDS and sensational crimes such as the Miami Beach murder of gay international fashion icon Gianni Versace.

When I originally proposed articles about South Florida’s emerging gay community, an editor asked whether I had enough ideas to sustain regular twice-monthly news coverage. I assured him that I did, and we launched a column called “Outlooks”. From my first story on the new beat: “As same-sex couples become more open and visible, society grapples with a small, but crucial issue: what to call spouses in public.” That quaint article and others that followed sparked calls for me to be fired. Happily, my publishers and editors did not listen. Since then, I’ve written hundreds of articles dealing with such topics as aging, body image, youth homelessness, lesbian mothers and trans daughters. (And after all these years, I’ve yet to run out of story ideas.)

From 2003-2008 I served as a national board member for NLGJA, the Association of LGBTQ Journalists. During my tenure, I founded NLGJA’s Newsroom Outreach Project and visited two-dozen newsrooms in all parts of the United States for discussions of LGBTQ news coverage and workplace issues. I can’t overstate how fortunate I’ve been for more than two decades covering a news beat I love and take ownership of – and to have had an outpouring of love and appreciation from both the mainstream journalism industry and the local and national LGBTQ communities.

I’ve been honored by organizations including GLAAD, The National LGBTQ Task Force, Equality Florida, the Miami-Dade Gay & Lesbian Chamber of Commerce, the Public Relations Society of America Miami Chapter and SAVE LGBT. “Steve is like our greatest treasure,” Miami family law attorney Elizabeth Schwartz told Columbia Journalism Review for a 2016 profile titled, “How the Miami Herald’s Steve Rothaus became an LGBT pioneer in mainstream journalism.” “Not only does he tell our stories, he gives us access to the broader world and gives the broader world access to us,” said Schwartz, current co-chair of SAGE national board of directors.