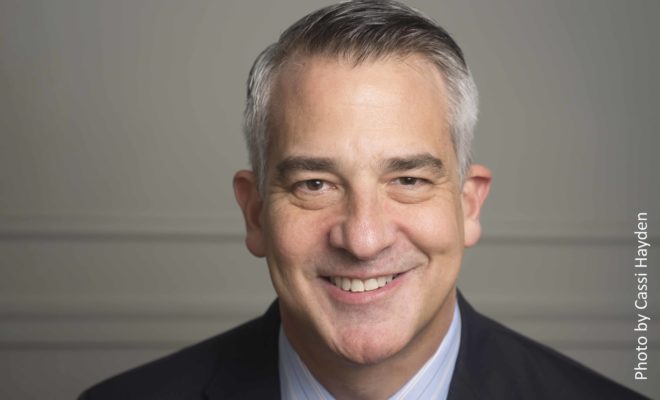 When insensitive words/hurtful actions make you feel excluded, don’t get angry or emotional. Let others know how what they did made you feel. Most people do not realize the impact of their actions. Avoiding confrontation opens the door to dialog and insights.

(Editor’s Note: The following narrative is in Wesley’s own words.)

My experience with discrimination because of my sexual orientation in college and at my first job shaped my path in life and fuels my passion to fight for LGBTQ+ equality in my community and the nation at large.

I came out during my sophomore year at Georgetown University but kept this secret from my best friends and roommates fearing they would reject me. My worst fears came true eight months later when they confronted me and said, “We know you are gay, people on campus think we are gay because we live with you, so we feel it is best if you moved out.” I vowed from that day forward that I would not let anyone use my sexual orientation as a reason to say I mattered less than they did.

When I joined IBM after college, I was placed on an account that required a high-level security clearance, which was not possible because being gay was a disqualifier back then — “open to blackmail” was conventional wisdom. Then, a few years later, a colleague secretly outed me to co-workers. This time, I did something about it and got involved with the Human Rights Campaign to channel this negative energy into fighting for my rights. Soon after, I was on the Board of Governors at HRC and also co-chaired the Triangle Ball, the first Gay and Lesbian Inaugural Ball in 1993. Later that year, I decided to form a business with Bob Witeck (Witeck-Combs Communications) where my first client was HRC and as a consultant, I assumed the role of heading National Coming Out Day.

During my leadership, we leveraged out celebrities (Dan Butler & Amanda Bearse), athletes (Greg Louganis) and notables (Candace Gingrich and Chastity Bono) to raise awareness and dispel negative stereotypes. I joined HRC’s Business Advisory Council and helped launch the Corporate Equality Index. Together with Bob, we served as the LGBT Agency of Record for companies like Marriott, American Airlines, Ford and Walmart helping them reach LGBT consumers and also change workplace policies to provide equity for their LGBT employees. Our groundbreaking work was chronicled in the book Business Inside Out – Capturing Millions of Brand Loyal Consumers in 2006.

My work was recognized by Out & Equal (2003 Outie Award), GLAAD (2011 Public Visibility Award), Out 100 (2003), Association of National Advertisers’ Multicultural Excellence Award (2003), Capital Area Gay and Lesbian Chamber of Commerce Business Leader of the Year (2006) among others. In the community, I have served as co-chair of the 2007 Out & Equal Workplace Summit, Whitman Walker Health’s Be the Care Gala (2012), and currently, serve on the DC Advisory Board for the Posse Foundation.

Today, my consulting work remains committed to enabling equity and opportunity by helping the Greater Washington Community Foundation assess the need for a fund focused on supporting LGBTQ+ nonprofits in the DC area. I write a column in CAMP Rehoboth about ways to be intentionally inclusive and am a frequent presenter at conferences including most recently at the Popular Culture Association’s annual meeting.

On May 3rd, it was announced that I was one of 15 recipients of the 2019 Washington Business Journal Business of Pride awards.  Per the Washington Business Journal: “These leaders are openly blazing the trail for diversity and inclusion in the corporate world. We’re also pleased to honor companies that work to raise the bar with programs, practices and policies that advance LGBTQ equality and leadership in the workplace. These awards include the LGBTQ Business Leader Awards, a group of individual honorees who openly support and promote their communities by making a difference in the corporate world, and a Corporate Pride Award given to one company for outstanding practices in advancing LGBTQ leadership and equality.”  The awards ceremony will be held on June 13th.