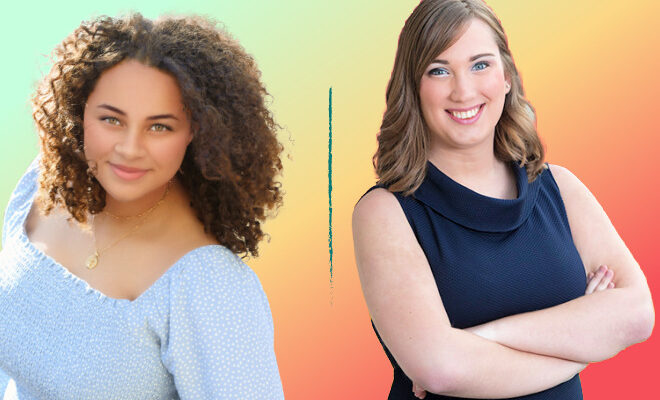 I am a Generation Z teenager. We are more racially and ethnically diverse than any previous generation, we are on track to be the most well-educated generation and we are what researchers call digital natives. We have little or no memory of the world before smartphones. Besides that, I think of myself as your average American teenage Black girl curious about the world and serious about making an impact.

McBride took her rightful place in history with the oath of office on January 12, 2021. But anyone who knows McBride’s story knows her political courage, service and leadership predates her holding public office by at least a decade. At 31 years old, she has already enjoyed a level of success that many octogenarians would claim was a life well-lived. McBride not only was student body president at American University, she also worked on political campaigns for the late Delaware Attorney General and son of POTUS Beau Biden and former Delaware Governor Jack Markell. In 2012, McBride worked in the White House Office of Public Engagement and Intergovernmental Affairs, where she worked on LGBTQIA+ issues during the Obama Administration. She was also the National Press Secretary for the Human Rights Campaign, among other notable roles.

She has fought for the rights of not only her community but has worked to be an ally to other communities. McBride is credited with the passage of legislation banning discrimination on the basis of gender identity in employment, housing, insurance and public accommodations in Delaware. But it’s how she speaks about the broader fight for equality that really sets her apart. “My governing philosophy is rooted in the quote by Audre Lorde: that there’s no such thing as a single-issue cause because no one lives single-issue lives,” she says.

From a Gen Z perspective, McBride is truly a role model: she is the antithesis of a one trick pony. She works hard for what she believes in, is an ally to those in and outside her community and is not shying away from making change. During my interview with the 1st district Delaware state senator, I was able to speak with her about her courageous acts beginning with and following her election. When I interviewed McBride, I learned about the courage she had and all the hard work it took for her to get where she is today. Although she is a millennial, her work is blazing a bright path for those in my generation to follow and continue what she has already fought so hard for.

I look at Sarah McBride and see a powerful woman, politician and ally. She is actively doing the work and following through with her campaign promises. Yet, McBride didn’t wait until she was out of college to start making a difference – she started as a young person like me. She was planting seeds for her future long before the world heard about her or before she was a “first”. She spent her teen years getting involved in her community and letting her voice be heard. She decided to live authentically and lead from there. She gathered people along the way who invested in her before and after her transition – like having a personal board of directors. For our generation, it’s possible to follow a similar path to achieve our own goals.

Gen Z is the generation of reversal. If we don’t agree with something, then we want it changed now. To some degree every generation revises, repeals or rejects the ideas and values of the generations before. But for Gen Z, we want it done at lightning speed. Growing up in a post 9/11 world, everything has been different for our generation. We don’t know of time without security checkpoints, live shooter drills and news traveling the world in minutes. As our generation grows older, our intolerance of injustice grows stronger, and more and more we speak up.

There are roughly 67 million Americans between the ages 10-24, the current age of the Gen Z population. Although many of us Gen Z folks are not of voting age, today’s elected officials are busy making plans that will impact our future. Soon it will be our turn and we will be making the decisions and our fate will truly be in our hands. Until then, we have to hold on and use what we know best: social media and our voices.

I am watching Sarah McBride and others like her as I go. Check out my interview with McBride and see how her courage to be authentic catapulted her to notoriety and a life of impact.  https://bit.ly/3sSsNf5

Create Your Personal Board of Directors

Gen Z has mastered the use of technology and social networks to shape conversations and set trends that move around the world, using platforms with short videos to communicate ideas, challenges or trends like Instagram, Snapchat and TikTok to create change. Gen Z is so powerful that we can create waves in just 60 seconds.

I foresee McBride becoming one of Gen Z’s role models and we will continue to watch as she grows in her public service and career. Some from my generation are already in the workforce and making their way into leadership positions alongside Millennials like Sarah McBride. Seeing more BIPOC, LGBTQIA+ and other marginalized individuals ‘in the room where it happens’ is something our generation is looking forward to.

When most people think of a board of directors, they think of an executive committee that jointly supervises the activities of an organization such as a business, not-for-profit organization or a government agency. A personal board of directors is a group of advisors made up of three to five people invested in you achieving your goals and dreams – think of them as wise counsel. These people are there and willing to help you on your personal, intellectual, academic and/or professional journey. They are usually in addition to your parents, guardians or other primary caregivers. Some people choose a favorite teacher, club advisor, coach or faith leader (e.g., pastor, rabbi, priest, Imam, etc.). My advice, pick role models and members of your board of directors who speak up for the things that you value.

As you go about your life in school, work and events, you have the opportunity to meet amazing people who are pursuing amazing ideas. But, you’ll never know about the amazing people on your path if you don’t ask questions and become curious about the perspectives of the people you meet. And, while you’re being curious it is important to keep these people in mind for your board of directors.