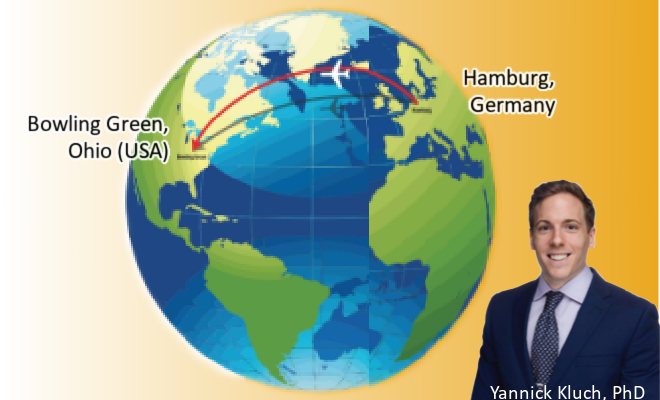 How Sport Can Help Us Achieve Social Justice

Yannick Kluch, Ph.D., embodies the term “scholar-activist.” A member of the BEQ Pride 40 LGBTQ Leaders Under 40 Class of 2021, Kluch is making an impact in the world of sport as a professor, mentor, author, speaker, advocate and activist.

“My work is focused on changing the very foundation that the institution of sport is built on,” said. “I’ll count that work as successful when sport becomes more diverse, equitable, socially just and inclusive.”

Sport is a microcosm of society, Kluch said, wherein we see the social ills and systemic injustices of our society manifest on a smaller scale.

“For example, the historical exclusion of racially minoritized groups – such as Black athletes – from sport corresponds with larger barriers these groups face at the societal level. Similarly, the fact that sportswomen struggle for visibility and representation reflects larger gender norms in American society that devalue women. And when it comes to the inclusion of LGBTQ+ athletes in sport, the way we treat LGB athletes, as well as trans athletes, reflects larger power struggles of these groups to be fully accepted and valued members of our society,” he said.

Sport is big business. In 2020, Kearney estimated the global sport industry’s worth at $620 billion. That’s billion with a “b”. And the industry’s value is growing much faster than national gross domestic product (GDP) rates around the world. Whether participating or spectating, the world is interested in sports. This is exactly why Kluch sees sport as the ideal platform to address issues of social justice and inequality.

“That’s what makes sport a good entry point to talk about the inequities, especially with folks holding privileged identities who do not face these injustices firsthand,” Kluch said.

Kluch grew up in Hamburg, Germany, a major European city with a diverse population and progressive equality legislation. He earned a Bachelor’s degree in applied media economics at Mittweida University of Applied Sciences in Mittweida, Germany, before moving to the United States in 2012 for his graduate work. Moving to the small town of Bowling Green, Ohio, crystalized his career path.

“I have always had a passion for social justice and inclusion,” Kluch said, “but it wasn’t until I stepped foot onto the campus of Bowling Green State University that I realized I could combine my passion for DEI with a career in sports.”

In Germany, sport and academics are separate entities. Schools do not have athletic teams. Kluch played tennis and soccer as a child and teenager, but he had no idea how integral sport is to the American academic experience until he arrived at BGSU.

“I loved the pride the school had in its athletic teams and I wanted to use that emotional power to play my part in creating a more socially just world,” he said.

Kluch earned a Master’s degree and a Ph.D. in media studies from BGSU. His dissertation, “More Than an Athlete: A Qualitative Examination of Activist Identities among NCAA Division I Student-Athletes”, is the first empirical study to explore how NCAA Division I student-athletes construct activist identities. His research “contributes to knowledge on athlete activism and identity construction in sport by analyzing the student-athlete activist experience through participants’ definitions of activism, their constructions and negotiations of activist identities and barriers to activism.” He is currently working on expanding his dissertation into a full-length book for publication.

Kluch is a firm believer in the importance of passion – as long as it is combined with pragmatism.

“That’s one of my mantras as a leader,” he said. “Passion is important, but passion alone will not create change.”

His second mantra is to push himself outside his comfort zone.

“I never want to feel comfortable in the work that I do but rather seek projects that make me more comfortable with being uncomfortable – especially as a white man doing DEI work in the U.S.,” he said.

These two principles have already led Kluch to embrace some incredible experiences. While at BGSU, he founded We Are One Team (WA1T), a first-of-its-kind initiative that utilizes sport to promote diversity, inclusion and social justice on American college campuses. The initiative provided him with a platform to translate his research to non-academic audiences and speak about those issues at various industry conferences. Under Kluch’s leadership, WA1T received numerous awards, including the national 2017 NCAA Award for Diversity and Inclusion.

In 2020, Kluch’s passion turned global when he was one of only four national experts appointed by the United States Olympic & Paralympic Committee (USOPC) to serve on the inaugural Team USA Council on Racial & Social Justice, where he advises the Council’s steering committee on athlete protests and demonstrations alongside more than 40 Olympic and Paralympic athletes. The recommendations he helped develop for the Council have led the USOPC to no longer sanction athletes who choose to protest for racial and social justice during the Olympic and Paralympic Games.

“Playing a part in these historic developments at the highest level of U.S. sport has definitely been one of the biggest honors of my career,” he said. “My goal is to continue this trajectory and drive change in sport on a global scale.”

“Our program at VCU is one where innovation thrives, and that includes innovation in the DEI space. That’s exactly the kind of environment I operate well in,” he said. “Working with young leaders – and athletes especially – who are eager to change the world is among the most rewarding aspects of my job. This new wave of athlete activists gives me hope and energizes me in my own work.”

In addition to teaching, Kluch is in the process of launching a research lab focused on athlete activism and leadership with his friend and colleague Dr. Tomika Ferguson. The Athlete Activism & Leadership Lab (AALL) will provide a space for research on activism in leadership and sport and also serve as an outlet to translate that research to inform the industry, shape policy and governance and empower athletes to become activists for social justice.

Less than 10 years after moving to the United States, Kluch found his passion and turned it into a career that is bringing about meaningful, sustainable change.

“These past few years have been such a transformational journey for me – especially as a queer man in sport,” he said. “And while I am very proud of what I’ve accomplished so far, I feel like I’m just getting started.”

Visit yannickkluch.com to learn more about his work. 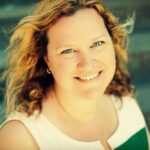