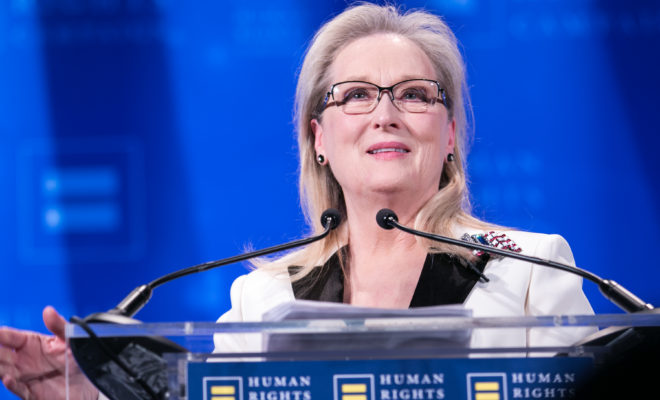 The Human Rights Campaign (HRC) hosted their 16th Greater New York Gala dinner in February at the Waldorf Astoria New York. One of HRC’s largest annual events, the dinner brings together more than 1,000 of the organization’s most active leaders, supporters, and members including political officials from federal, state, and local governments, as well as celebrity entertainers and leaders in the business community to celebrate HRC’s vision of a world where LGBTQ people are embraced as full members of society at home, at work, and in every community.

Griffin started the evening by delivering in an invigorating response to the current political state of the nation. “Throughout history America has always been a beacon of hope for the world,” he said. “This country was founded on a basic principle, that we are all equal under the law and we all deserve an equal opportunity to succeed. We will win because the values of justice and equality, they’re not Democratic or Republican, they’re American values. We will not be intimidated and we will not be silenced!”

During her acceptance speech for the HRC National Ally for Equality Award, Meryl Streep followed up on her comments at the Golden Globes. “As Americans, men, women, people, gay, straight, LGBTQ, all of us have the human right to Life, Liberty, and the Pursuit of Happiness,” Streep said. “And if you think people were mad when they thought the government was coming after their guns, wait until you see when they come and try to take away our Happiness!”

Upon acceptance of the HRC Equality Award, Seth Meyers reflected on being deserving of the honor, “It does not take courage to do my job. On my best days, it requires a little bit of nerve; it is very different from courage. Courage is what it takes for a transgender student to go to high school every day.”

Senator Charles E. Schumer received a standing ovation after a powerful speech in which he stated, “Whenever the rights of any group in America are under assault, we all must speak up. When you fight for it, equality always prevails.”