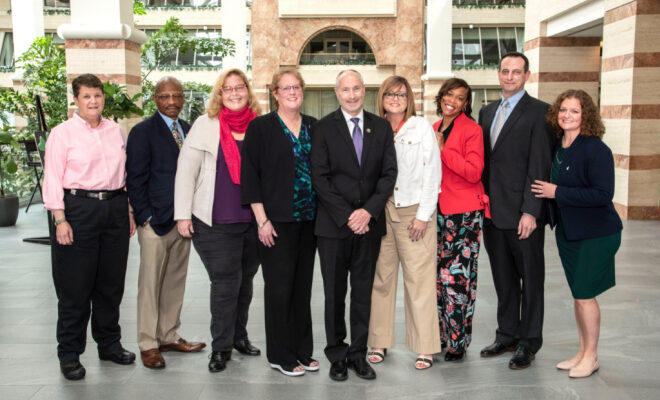 Charles “Chuck” White, vice president of procurement for Nationwide, is leading by example when it comes to building an inclusive supplier ecosystem. The Navy veteran and long-time procurement professional believes that helping small and diverse businesses become successful is a win for everyone.

“I want everyone to be successful,” he said. “Nationwide benefits from the creativity and innovation of their products, services and solutions. We also benefit from their loyalty to the Nationwide brand when they buy financial and insurance services and solutions, diverse suppliers’ products and services drive. In turn, these small suppliers can grow, prosper and economically impact their communities. We both win. That’s where we all want to be.”

White was raised in an intergenerational home surrounded by strong women entrepreneurs. After his father retired from the Navy when White was 10, the family settled in Portland, Oregon, where he started fifth grade and met his future wife. His maternal Spanish grandmother, moved in with his family and his Father opened a hardware store with his paternal grandmother and great aunt. White’s mother owned a beauty salon, in a building she built for the purpose. At age 83, she still runs the business by leasing rooms to Aestheticians. He admired their entrepreneurial spirit and the way they took on risks. That, however, was not the life for him.

“I have a profound respect for those brave enough to start their own business,” he said. “They’re doing something that I don’t have the nerve to do.”

Instead, he joined the Navy, something that could be argued takes its own level of nerve. White became a Naval Aviator and through that, he learned a great deal about leadership, teamwork, and camaraderie.

“When the airplanes are taxiing all around the deck, and you’re having fun, it’s really the guys on the deck that are doing all the work and are in danger’s way, every minute. So, you quickly develop a fundamental respect for a bunch of young people,” he said.

White was stationed in the United States and the Philippines before leaving the Navy and moving back to Oregon. It was while looking for an airline job that he “stumbled” into procurement at HP.

“It was 1996 and there were a lot of unemployed pilots, he said. “I needed something to fill my days and I lived close to a large HP campus that designed and manufactured inkjet cartridges.”

It was a natural fit for White who grew up and began adulthood prioritizing customer service, accountability, and responsibility. “I soon realized how important the role was, how much strategy is really required, and how much fun and how close to the business you get, working across the entire enterprise,” he said.

Since then, he has worked for Microsoft, Deutsche Bank, Fidelity Investments and Charles Schwab, managing billions in spend and learning each business from end to end. At Nationwide, he manages $1.7 billion in addressable spend.

“I’ve had the chance to work on projects to build or buy everything from keyboards to jets.”

White’s first rule for sourcing is “Cast Your Net Wide: the more options you can find, the better value you can get.” Of course, to find these options, one needs strategic and sustainable initiatives to fuel intentional inclusion of LGBTEs, MBEs, WBEs, and other diverse suppliers. This is where Nationwide’s Supplier Diversity Program comes in.

“Our purpose is to foster the promotion, growth and development of minority, women, LGBT and veteran-owned enterprises to protect people, businesses and futures with extraordinary care,” he said. 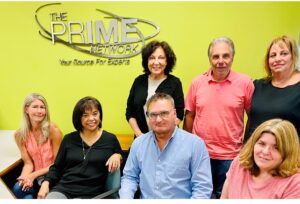 THE PRIME NETWORK, a certified LGBTBE®, won a multi-year contract with Nationwide.

“Our relationship with Nationwide has provided us the opportunity to build our business and encouraged us to develop a comprehensive supplier diversity outreach and marketing program,” said Jeffrey Montella, founder/owner, THE PRIME NETWORK. “We are honored to be a part of Nationwide’s Supplier Diversity Program.”

Casting a wide net has paid off so far, but White said a major challenge he and other insurance companies are facing now is finding diverse, certified businesses to meet needs specific to the insurance and financial services industries. A possible solution, he suggests, is a consortium of insurance companies working together to find, vet and develop qualified vendors.

“If we can find a core group, why can’t we all just go in and support them and then take the benefit as an industry?” he asked. “We’re probably all struggling with: How do I find diverse businesses for insurance services? How do I find independent adjusters or even law firms that can scale to support large corporations?”

These service providers exist within the LGBTQ community, but without adequate outreach and visibility, connecting with them is difficult. White acknowledges that it would take capital and potentially be difficult to get into some of these service areas since there are big players already established. However, with the right incentives, these players could be encouraged to bring (and build) diverse talent and vendors along with them to the table.

“That’s where having a consortium would make such a difference,” White said. “With mentorship and development resources, we could find and grow diverse businesses to meet those needs.”

While the consortium is still just an idea, White says one-way diverse businesses can improve visibility with potential partners like Nationwide is through diversity certification and preparation. He acknowledges that the time and effort needed to complete the process can seem daunting, especially for entrepreneurs already pulled in many directions, but he asserts that the return on investment is worth it. Currently White works with about 80 LGBTBE® firms, but he says they need more, especially at the Tier 2 level and within industries where they are underrepresented.

“I’m always looking for more long-term relationships, partnerships with transparency and reasonable expectations,” he said. “That’s one of the reasons I love and promote our Supplier Diversity Program. Being able to help people grow their own businesses, or just provide coaching and feedback on how they could be more successful with Nationwide or with other enterprises really makes me feel good.”

A culture of support

White is also focused on recruiting diverse talent to join the Procurement team. Nationwide has a relationship with Howard University, an HBCU with significant LGBTQ representation among students, and they’re actively, intentionally moving talent within their program with diversity in mind.

“We’ve opened up more junior roles which allows us to build relationships, talent and community,” he said. “I’m looking for people with fire in their bellies who want to be here. People who are curious and willing to do diligent research and think strategically, along with being diverse.”

White’s leadership is what’s bringing people together on this, leadership gained from his background in the Navy. He describes his time in the Navy as an immersive environment that inspired camaraderie and teamwork, where everyone looked out for each other no matter how close they were or weren’t. Now he helms a strong team that leads by example and listens to its members’ input along the way which is enriched by his group’s diversity. 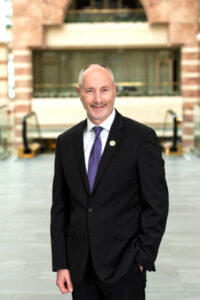 “Leadership is the first thing you learn in the military. More specifically, leading by example. I won’t ask anything from my team that I’m not willing to tackle myself,” he said. “If long hours and hard work are required, I make sure I’m right there with them.”

This ties into the sense of community he’s gained from his large family. In addition to his wife, two children (27 and 15) and parents, White stays in touch with his extended family of aunts, uncles, and cousins, all ready to rally around each other and provide assistance when needed. He brought this same culture of support to his associates and in these times of pandemic, it’s been an added comfort to know that they have that support and that backup.

“I make sure my team knows that I am there for them, so when life happens, they know they don’t have to worry about work,” White said. “There’s a lot to worry about in life, I want to make sure that those around me know I’m here for them and want to help them however I can.”

Procurement has changed dramatically over the past 25 years and being inclusive is an important factor in making it change for the better.

“For all the bad and all the destruction the COVID-19 pandemic caused, I think there’s been a lot of good change in the way people work,” he said. Being able to meet from a distance instead of having to meet in person opens opportunities for people and for small businesses. The role of procurement will continue to expand, he believes, and that will lead to more diversity.

“There is a lot of opportunity out there. It takes time and effort, but it truly is a win-win for all,” White said. 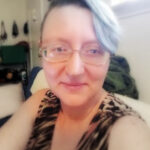 Jackie Fallis (they/them) graduated from UCF with a Bachelor’s degree in English. They write with a heavy focus on disability and LGBTQ+ topics, both of which are personal to them, and live in Austin with two cats. The cats are also personal. Follow Jackie on Twitter @tadandader.