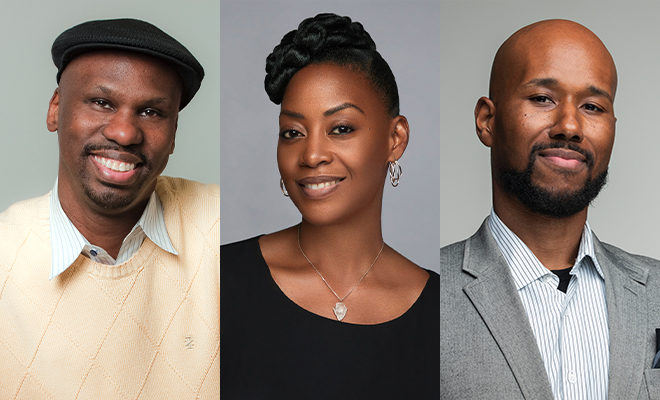 In an ideal world, pocstock might not need to exist, says Steve Jones, co-founder and chief executive officer of the premium stock photo service, which focuses on images of people of color.

We are not living in an ideal world, but pocstock is helping to build toward one by serving as a valuable resource for corporations, news outlets, marketers, advertisers, content creators, social media influencers and others seeking diverse — and accurately representative — images.

Someday, “hopefully the world won’t need us anymore — and that’s a good thing,” Jones says. “The current so-called ‘minorities’ will be the majority population, and our content will need to be as ubiquitous as content of Caucasians currently is. [As people of color], our stories will be commonplace, and we won’t have to fight for relevance or just to matter anymore.”

“The people on our team consist of African American, Caribbean, Hispanic and Latinx, Asian and Caucasian, LGBT, etc. We understand that diversity can’t just be about race. We have people of all ages and backgrounds that bring so much diverse experience and perspective to the company,” Jones says. “Most of us have worked inside Fortune 500 companies at some point in our careers and we know how we all felt at times – not heard or seen, not valued. We are building a company culture that puts diversity, equity and inclusion at the center.” pocstock is in the process of obtaining Minority Business Enterprise certification from the National Minority Supplier Development Council, New York City and the state of New Jersey.

Fleming’s experience working in the news business, first as a photo editor and then as a photo desk manager, showed her the need for more diverse images and led to her interest in co-founding pocstock.

“I loved it,” Fleming says of those early jobs. “I do, however, remember thinking that the stories being told were not stories inclusive of people of color. And whenever an image with a press release included a person of color, the image was very dated, lacked connection and was very stereotypical. Just plain wrong.”

pocstock competes against large stock image companies like Getty Images, Shutterstock and Adobe Stock, and it’s not only the company’s focus on images of people of color that sets it apart from the other services.

“Our platform and services are centered around helping customers navigate the complex cultural distinctions between races, ethnicities and cultures,” Jones says. “For example, every piece of content in our stock platform is tagged and categorized by the race, ethnicity, gender, location, and age of the model(s). We also provide diversity consulting services for customers to help them find exactly what they need.”

In addition to its practical services, pocstock has a deeper mission.

“The stories that are commonly told about people of color in the media do not often depict that the rich and diverse nature of our cultures is what makes us amazing,” Jones says. “We’re here to shape the world’s perception of people of color by filling in the gaps that the media has conveniently left unfilled for decades, showing that there are many more sides of us.”

For example, pocstock ran a Father’s Day campaign aimed at changing what is often a negative narrative about Black fathers. The campaign included a photo contest with a $1,000 cash prize for the winning collection, a social media campaign (#BlackDadChallenge), a video series focused on childbirth and fatherhood through the lens of Black fathers, and a fireside chat with fathers streamed on social media.

“These guys authentically shared some of their most intimate and heartfelt personal and workplace challenges and triumphs as Black dads,” says Robin Dillard, our publisher and an active audience participant at the event.

In addition to using pocstock for their stock images, Derrick Larane, director of content operations, encourages BEQ Pride readers to spread the word about the company (much of its growth has come through word-of-mouth) and urges photographers to become contributors. And the company is always looking for models — both professional and amateur — for photoshoots.

“We are committed to continuous collaboration and partnerships with our communities and available resources. It is our intent to be more than just a company, but a movement toward the celebration of authenticity,” says Ebony Sierra, director of business operations. “I’ve realized how our stories have been told over time via media through a very limited lens, yielding an inauthentic depiction of who we are as people of color. We are committed to reclaiming our power and making a bigger imprint in this world. pocstock is more than just an organization, it is a movement and a call to action! Let’s change the narrative!”

← Previous Story A closer look: The Business Implications of Soulphia’s Operating Model
Next Story → The Changing Face of The Publishing Industry During Covid-19