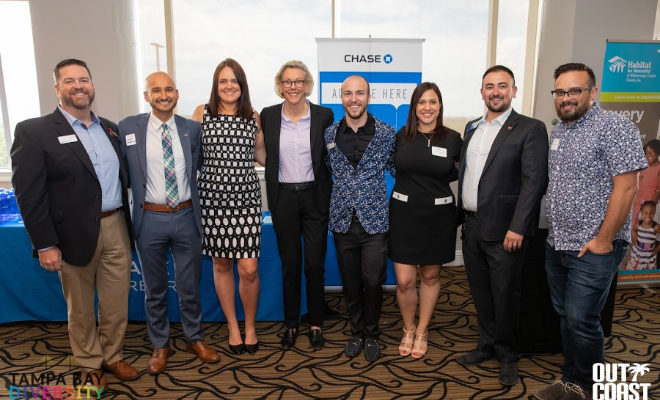 When long-time Floridian Justice Gennari moved to the Tampa Bay area four years ago after a stint in Colorado, he made it a priority to get involved with the local LGBTQ community. As he did, he thought: Wouldn’t it be great to get together with business leaders to create an LGBTQ chamber of commerce?

When Gennari posed the question to others, their answers surprised him. The area already was home to the Tampa Bay Diversity Chamber of Commerce. The 400-member organization, Gennari learned, was founded 35 years ago and was active, if not highly visible. Gennari joined the group and then the board, was elected board president and, earlier this year, was hired as president and chief executive officer.

The chamber will show off the vital role it plays in the area’s LGBTQ business community during the 2019 NGLCC International Business & Leadership Conference Aug. 13-16 in Tampa. The local chamber will host the opening reception and provide volunteers for the four-day event. In advance, the chamber has been promoting the conference to city officials and business leaders to encourage their participation and also is creating a dining/entertainment guide for conference attendees. 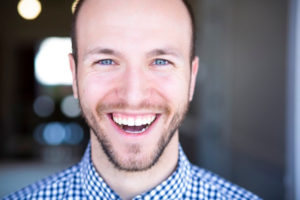 “I want to be able to say I reached out to every LGBTQ-owned business so that they have a chance to enjoy the economic empowerment that comes with that week,” Gennari says.

When the chamber was founded, members purposely kept a low profile. “It was known as the Tampa Bay Business Guild because many businesses back then didn’t necessarily want people to know the owners were gay,” Gennari. “They didn’t have socials and met in homes.”

Over the years, the group split into separate entities, merged again and changed names. Five years ago, the chamber — which serves seven counties and the cities of Tampa, Sarasota and St. Petersburg — changed its name again to Tampa Bay Diversity Chamber of Commerce to reflect a broader mission.

“We welcome people from all walks of life,” Gennari says. “We’re primarily focused on LGBTQ-owned business but also support women-owned and minority-owned businesses.”

The chamber is a busy one, with monthly B2B Networking Socials and regular Breakfast N’ Learn events. In October, it will hold its Diamonds in Diversity awards gala, which raises funds for a college scholarship awarded annually to “a local LGBTQ student or ally who has been a leader,” Gennari says.

The chamber recently created an Employee Resource Group to bring together companies to trade ideas about their own ERGs, and also started an LGBTQ Roundtable, which gathers leaders of LGBTQ-focused nonprofits to discuss upcoming events and projects, and how the chamber can support those efforts.

On the advocacy front, the organization is working to get the City of Tampa to expand its guidelines for spending with minority- and women-owned businesses to include companies with LGBT Business Enterprise certification.
“We are the business voice for the LGBTQ community,” Gennari says. “We want to be their voice in their community and provide them with the skills and resources they need to grow.”

When it comes to membership, the chamber not only wants to grow, but is encouraging its current members to be more engaged — a challenge sometimes in a vibrant area where numerous events and organizations compete for attention, Gennari says.

“At Sparxoo, diversity is literally in our name as Sparxoo means to energize and inspire a diverse community of amazing talent,” Capece says. “Diversity of people and perspectives helps companies grow and thrive. As an LGBT business owner, the Tampa Bay Diversity Chamber of Commerce has empowered me with more knowledge, a greater network and the confidence to be my best self.”

“You get out of it what you put into it,” he says. “By attending our events, I have met many great people which has increased not only my business but my circle of friends. Anyone who wants more contacts and friends needs to get involved with the chamber.”

Learn more about the Tampa Bay Diversity Chamber of Commerce at diversitytampabay.org.