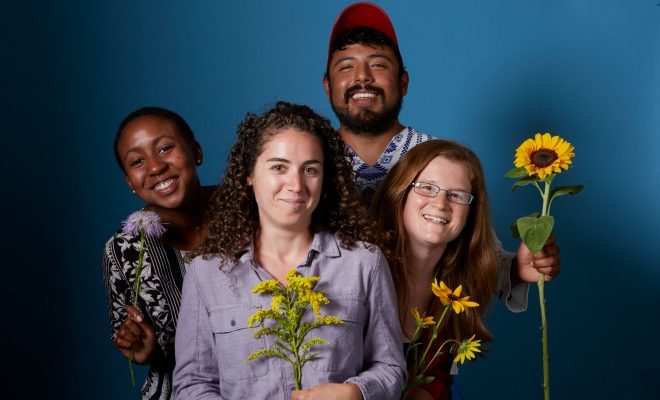 The quote is by Rob Larew, a member of the Cultivating Change Foundation Board of Directors, and “the conversation” is what is at the heart of this organization co-founded by Jesse Lee Eller and Marcus Hollan.

From passion project to global movement

Launched in 2015, The Cultivating Change Foundation is a nonprofit with a mission “to value and elevate LGBTQ agriculturalists through advocacy, education and community.” In other words, says Eller, “How do we keep LGBTQ people in the ag industry? How do we help them feel they belong?”

The organization is a passion project for Eller and Hollan, both descendants of farming families who met while attending California State University, Chico. They were studying agriculture business and realized that each was the only other gay man they knew in agriculture. It was the beginning of a decades-long friendship that became a business partnership and launched a movement to bring inclusion to agriculture.

“We are ‘brothers from different mothers’,” Hollan says, laughing. “We have a very kickass and fortunate friendship of nearly two decades, which fairly recently became a business partnership.”

In 2013, Eller founded Studio 5 – Learning and Development, LLC, a people development firm based in San Francisco. The firm unites Eller’s skills as a leader, trainer, educator and consultant for higher education, tech industry and agricultural organizations. After 15 years working with the California Future Farmers of America and University of Kentucky developing leadership training, Hollan joined Studio 5 in 2016, taking on the role of COO.

As their professional lives were aligning, the friends saw an opportunity to address the issue of representation within the agriculture industry by taking their skillsets and developing resources for LGBTQ agriculturalists and allies.

“We are passionate about people and we are passionate about ag,” Eller says. “Representation matters and we realized that we could have a real impact on LGBTQ youth growing up in rural America. We could facilitate conversations so that they know they can be their authentic self, build a career in the agriculture sector and feel welcome, connected and affirmed in rural America.”

In August 2015, the inaugural Cultivating Change Summit kicked off in Atlanta, Georgia. The success of that first event led to the formation of The Cultivating Change Foundation as a national 501(c)(3) nonprofit organization and the second annual summit, held in Sacramento, California, in the heart of the highest-producing agriculture state in the nation.

Empowering the next generation 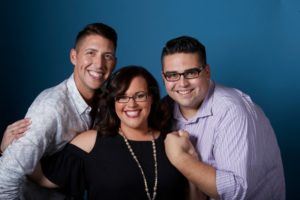 In addition to the three-day global annual conference, The Cultivating Change Foundation developed several methods to facilitate conversations about LGBTQ folks across the agriculture industry in the United States – and beyond – with a special focus on students and youth.

Through its Collegiate Ambassador Program (CAP), The Cultivating Change Foundation promotes academic and professional advancement by empowering LGBTQ agriculture students through activities that increase the visibility of LGBTQ people in the agriculture industry and by connecting students with agriculture companies leading efforts in workplace equality.

“We want all students to know they have a home in the agriculture industry,” Hollan says. “Not just a place to belong, but also a place to lead. We provide an opportunity to collaborate and network with student peers from across the nation. We also have a network of mentors across the spectrum of life and identity who care about the agriculture industry and it being a space where all people feel welcomed, connected, and affirmed in their identities and their place at the industry table.”

At Penn State, Students for Cultivating Change was awarded “Student Club of the Year”, and one of the founding members of the club, Kurt Miller, was recognized as Male Agriculture Student of the Year.

At Virginia Tech, the club’s advisor, Dr. Donna Westfall-Rudd, was awarded campus-wide Ally of the Year.

“The collegiate programs were not necessarily what we set out do with with the overall mission in the beginning,” Hollan says. “However, it is the direct result of the heart and spirit of the Cultivating Change Foundation – the hope that one day students of any background or identity could find themselves confidently and authentically showing up in both communities they represent, the LGBT community (including our allies) and the agriculture industry. The recognition of the students and faculty is a testimony that real impact is possible, and that impact can lead to changing culture and growing people.”

The global need for inclusion

A basic tenant of The Cultivating Change Foundation is that the importance of creating an equitable environment for LGBTQ agriculturalists is vital to the future of global food production.

“With the global population set to reach 10 billion people by 2050, there has never been a more important time to be in agriculture,” Hollan says. “We have 2.5 billion additional mouths to feed over the next 30 years, which means we must increase food production by 60 percent by 2050 to meet demand.”

Ag tech is booming in response to this need. From the heart of Silicon Valley, Eller and Hollan are seeing tech startups focused on agriculture popping up, as well as more venture capital firms investing in innovation within the industry. During this boom, The Cultivating Change Foundation is at the forefront, connecting people, companies and organizations who are committed to business equity to innovative LGBTQ talent and suppliers.

“We’re starting to see ag tech bring urban and rural together,” Hollan says. It’s blending communities of individuals who have been involved in ag for generations with people who have never been but are now committed to the success of ag.”

New technologies, business structures and conservation measures are vital to producing enough food, and The Cultivating Change Foundation wants to make sure that LGBTQ agriculturalists are visible through leadership development programs and resources.

But Cultivating Change is also calling on corporations to use their platforms to influence and lead conversations about inclusion within the industry. The organization’s corporate sponsors include industry giants Monsanto, Tyson, The Climate Corporation and Bio as well as the USDA and National Teach Ag Campaign. Through the Summit, regional receptions and internal events and trainings, Eller and Hollan want to help other companies become leaders in inclusion.

“The various sectors of agriculture are as diverse as the people within the industry,” Eller says. “To be successful in the global marketplace, agricultural businesses and organizations must develop employees who work effectively with colleagues who are diverse. They must be able to recognize and develop talent without bias.”

Cultivating Change has the trust, the connections, and a pulse on a community that at times does not feel welcome or that many do not even know exists. Eller challenges companies to look beyond having an LGBT Employee Resource Group (ERG). “That is a wonderful way to engage internally,” he says, “But we encourage companies to step outside your four walls and help us lead by owning your platform. Ask those in other positions of influence to join you in celebrating all people in the agriculture industry, and seek those who are outside of corporate agriculture (your vendors, your customers, both current and perspective) to join you as well. Own a platform that moves the masses and that can change minds and hearts towards a more inclusive industry.”