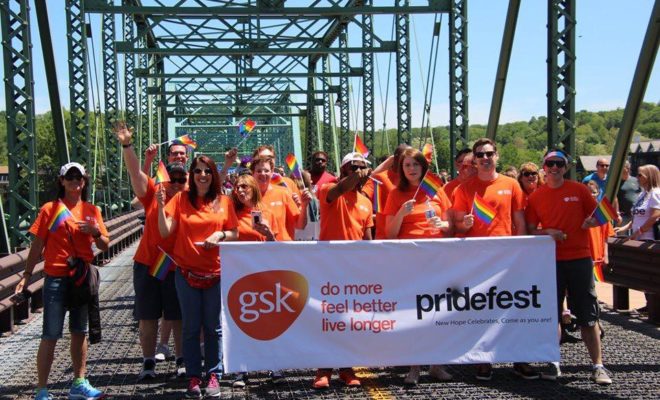 Use your privilege for good: GlaxoSmithKline’s Tracey Fama on allyship and advocacy

Tracey Fama wants to let other allies of the LGBTQ community in on a secret: The privilege that comes from being part of a majority group — that privilege that can feel uncomfortable — is a superpower.

“You don’t have to feel guilty about privilege if you use it for good,” Fama says. “Turn it around. I’m a straight, white woman. That’s my Wonder Woman power and it’s my responsibility to use it for good.”

In late March, Fama spoke at Garden State Equality’s first LGBTQ Equality at Work Symposium in Holmdel, New Jersey. Her talk, “The Role of Allies in Developing a Strong Employee Resource Group and Inclusive Work Culture,” drew on her experiences as an ally and as a member of the LGBTQ ERG at GlaxoSmithKline, where Fama is ethics and compliance manager, U.S. and Puerto Rico, GSK Consumer Healthcare.

“Unfortunately, the LGBTQ community is still being actively attacked and oppressed, and in our current political context, it’s gotten worse,” Fama says. “The community needs allies and advocates.”

After graduating from Rutgers University, Fama studied acting in New York, where she made close friends in the LGBTQ community — and saw first-hand the discrimination they faced.

Fast-forward to 2016, when Fama took a job GSK and wanted to better know her colleagues, a challenging task in a large organization. So, she joined the company’s LGBTQ ERG. The groups, Fama said during her talk, benefit employees by creating an inclusive work environment where everyone feels welcome and encouraged to perform at their highest levels, and also benefit employers because they serve as incubators where employees can test ideas and problem solve in ways that can be extended to the company’s business strategies and priorities. And ERGs are a ready-made way for allies to connect with LGBTQ colleagues, Fama says.

During her talk, Fama laid out several ways allies can better support the LGBTQ community, especially in the workplace. They include: 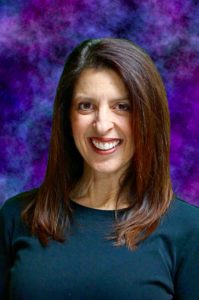 Laid out in bullet points, the steps seem easy, yet Fama acknowledges they aren’t. Take the last one: challenging homophobic or transphobic comments. “It can be difficult to confront someone. Maybe it’s your boss or your boss’ boss or the CEO,” she says. But the fact that something is difficult doesn’t give allies an excuse to do nothing.

“If you sit back and do nothing, you’re complicit, you’re letting them know it’s OK,” Fama says. Fortunately, “doing something” comes with options. Fama tells the story of confronting her grandmother over the elderly woman’s homophobic comments about a famous singer on TV. Fama handled that immediately, with gentle yet pointed humor. However, if you need to address something your boss said in a staff meeting, you may choose to wait, circling back at a time when you can speak privately, or you might enlist an HR representative to accompany you to discuss the matter.

Here’s the thing: “Even the most comfortable option is still uncomfortable,” Fama says. “But, in my case, I tell myself I’ve got to put on my big girl pants and do what’s right. Just because it’s not easy doesn’t get you off the hook.”

In some ways, being an ally is less a label and more a series of useful actions people can take, including continually educating themselves about the needs of the communities they advocate for and support.

“We cannot expect the LGBTQ community to be our teachers. That’s just putting another burden on them,” Fama says. She points to the Human Rights Campaign, PFLAG, National Center for Transgender Equality and Straight for Equality as good sources of information and encourages allies to seek other resources, including those in their local communities.

And while peppering LGBTQ friends or colleagues with questions isn’t ideal, listening to them is. “Just listen so you can understand their needs and issues,” Fama says. “It can be the best way to learn.”

Finally, she offers these other tips for being an active, engaged ally: