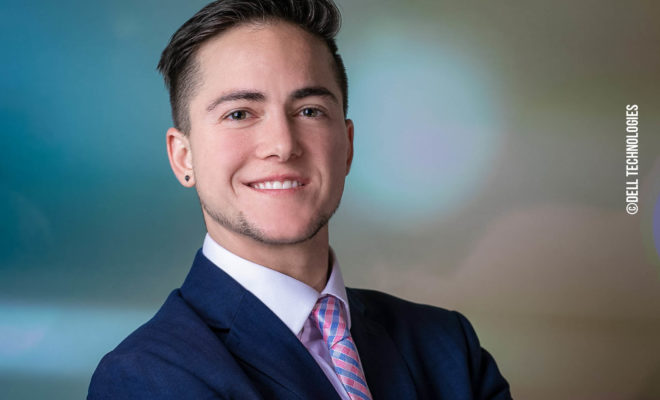 By 2030, the life expectancy of black trans women will be equal to their fellow women, baby clothes and toys will no longer be separated by pink and blue and a trans* actor will have won an Oscar.

Before transitioning in 2017, Cyrus Golestan had never been part of the LGBTQ community. He had never attended Pride despite living in NYC and LA for eight years. His networks were cisgender and heteronormative. He was 27 when he began transitioning, and he did so very openly. “As I took the leap into my personal gender transition, I also reached out to the LGBTQ community — sending emails and attending every LGBTQ event I could find — and I was met with non-judgmental, overwhelming support from people across the spectrum,” he said. The most transformative part of his journey wasn’t hormones, surgery or gender markers, but it was “finding my community, on a personal and business level.”

When he relocated from LA to NYC, he discovered the National LGBT Chamber of Commerce (NGLCC) through a random Google search. TJ Chernik, previously director of membership and now director of the NGLCC-NY and a 2019 BEQ Leader Under 40, swiftly brought Cyrus into the community which has helped him expand his business and social networks.

Now his photography business is a certified LGBTBE® and he showcases that in his email correspondences and website. He also donates in-kind services to non-profit organizations to help with their marketing efforts. He is the co-founder and CEO of a transgender non-profit called Trans In The Wild.

Until recently, he didn’t know any trans men and didn’t have a single LGBTQ friend. Last year he met one trans guy and their friendship grew into a social group. They are an active and visibly trans on social media. The organization grew as people reached out to them. Several individuals have come to Trans In The Wild for guidance in the transitioning process — from coming out to accessing transgender healthcare.

This effort formalized into a nonprofit organization to better serve the community. They host free workshops ranging from fitness to name changes to headshots and interviewing skills. They create safe social spaces for trans folks to expand their networks and express their identities and for allies to connect with the community. They partner with Henrietta Hudson, Peloton, Nordstrom, Hetrick Martin Institute, the New York Gay Football League and more.

Cyrus recently launched a gender diversity training and consulting company with his business partner, Casey Beveridge, who is completing her dissertation at Columbia’s Teachers College in LGBTQ Allyship Development in the Bible Belt region. They were both raised in Dallas, TX, and are driven to build allyship through education and activity-driven training. Cyrus also shares his story intimately on social media to thousands of people around the world. He connects with trans people of all ages and engages with allies, many of whom live in Texas and Iran. Being Iranian American, he changed his Instagram handle to “Persian Trans Dude” in February to increase visibility for the Iranian Queer community. Since then he has connected with even more people currently living in Iran. In June he was interviewed by BBC Persia for their Stonewall 50 World Pride segment which aired to millions of Iranians worldwide. He further educates and builds community by participating in several panels and events including the Out and Equal Conference and the New York Times LGBT Panel at New York Comic-Con.