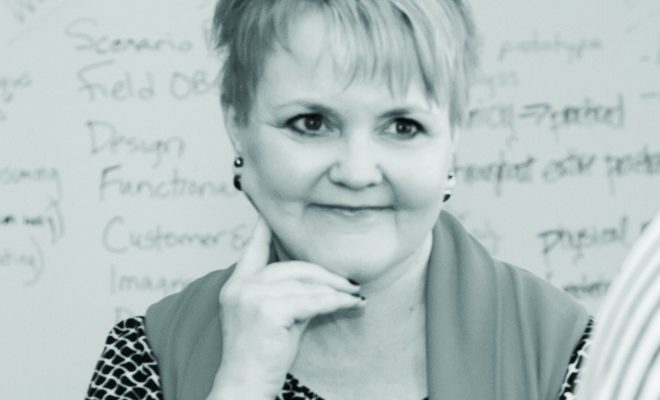 Barbara Clarke talks about the value of investing in women

Diversity and inclusion are powerful words, but for Barbara Clarke, actions speak volumes and are the real catalyst for change.

“I try to actually do more and say less,” Clarke says. “I try to demonstrate my values through my actions.”

Clarke has spent her entire career as part of high-performing teams. Throughout her career as a management consultant, an executive in social impact companies and as an angel investor, diversity and high performance are the common themes. This led her to form The Impact Seat with Teresa Nelson so her experience can be developed at scale for companies across the country and around the world.

She began her career as a management consultant after obtaining her MA in International Economics and Finance. As a senior leader, Clarke had a heightened sensitivity to the climate for diversity in the corporate domain which continues to feed her commitment to diversity management, not only because it is the right thing to do, but also because she thinks it is a profitable investment strategy.

“I want to be in a world where there are lots of great women CEO’s, people of color CEO’s, all kinds of women CEO’s. I want companies to be making products we want, which means we need to invest in those companies,” she says.

At a time when some investors are only giving lip service to diversity, Clarke is actively looking for ways to diversify her investments and looking for companies which are diverse in makeup and thought.

All of Clarke’s personal investments have at least one woman on the founding team. When weighing investment opportunities, she also places importance on women of color holding leadership positions.

“There is a lot of data showing that even for publicly traded companies, if there are women on the board of directors and in the executive suite, then they outperform what I would call monoculture teams,” Clarke says.

Serving as a mentor to women entrepreneurs and women-owned businesses is another way Clarke acts out her values. She was the first straight ally to be a mentor in StartOut’s Lesbian Entrepreneur Mentoring Program. Instead of “mentoring”, Clarke prefers to think of her relationship with other women in business as a peer-to-peer relationship – a relationship in which all parties benefit including herself.

“I have always been a proponent of women,” Clarke says. “I try to mentor the women who are in my portfolio and I try to make myself available as much as I can. I like to have a peer-to-peer relationship because I talk to entrepreneurs all the time and they have spent so much time developing their skills and talents in their particular area.”

Clarke has no intention of slowing her efforts down anytime soon.

“I want everything to get bigger,” Clarke said. “I am really committed to growing the funds I am part of because those funds have been a great way to increase the number of women and women of color who are investors and that is really important to me. I want to be in a world where there are lots of great women in business.”