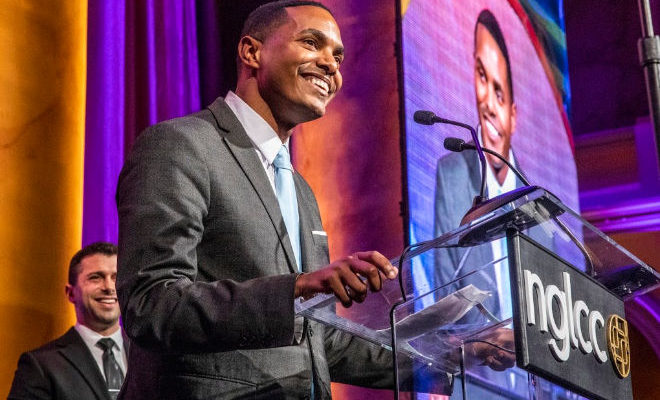 NGLCC: The National LGBT Chamber of Commerce honored corporations, suppliers and individuals at the 17th annual National Dinner awards gala in Washington, D.C. This year’s theme was “Fired Up”, celebrating the year’s many accomplishments and encouraging the LGBT community, allies and advocates to continue to reach higher in pursuit of equality.

“2019 has been a year of tremendous growth and success in the LGBT business community. It was an honor to showcase the resilience, strength, and determination of the LGBT community at our National Dinner as we celebrate those leaders and organizations that keep the NGLCC “Fired Up,” said NGLCC Co-Founder & President Justin Nelson. “NGLCC has built a network of over 1200 certified businesses and over 250 corporate and government partners. This year’s inclusive economic policy wins have strengthened this network even more. We are excited for even more progress in 2020.”

Corporation of the Year – Bristol-Myers Squibb