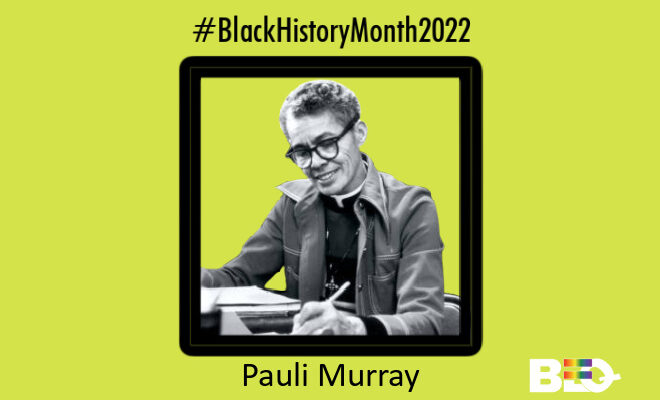 As we begin the month of February, BEQ Pride and the Business Equality Network Team are in full celebration of Black History Month.

You may not know the name, but you live in Pauli’s legacy!

A recent documentary available through Amazon Prime Video tells this story that has been largely overlooked by history. A legal trailblazer who influenced the likes of Ruth Bader Ginsburg and Thurgood Marshall, Pauli Murray has impacted American life. Their impact as a nonbinary Black luminary, lawyer, poet, priest, and activist has transformed our world.