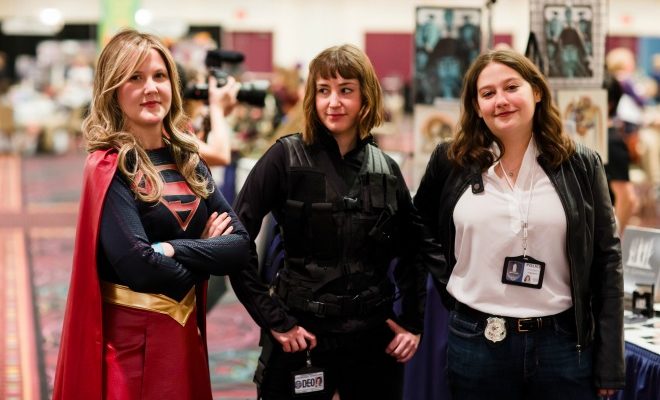 It was 2016 and viewers were watching a romantic relationship develop between Clarke and Lexa, two female characters on The CW’s post-apocalyptic series The 100. Then, suddenly, minutes after consummating that relationship, Lexa was betrayed and murdered by another—male—character.

To understand the impact of the death this fictional, television character had on the LGBTQ community, one must recognize the “Bury Your Gays” trope of lesbians on TV frequently dying, particularly if they’ve had some kind of epiphany or moment of happiness. Lexa’s death happened to be one of 33 cases of lesbian characters being killed off on TV shows during the 2015-2016 season. For a community already underrepresented in pop-culture, this was a tipping point.

The birth of ClexaCon: from crisis to movement

From the ashes of Clexa – the portmanteau given to the Clarke/Lexa pairing – emerged a revolution. Fans began demanding better representation across all media platforms for LGBTQ women. As the voices of the underrepresented became louder and angrier, an idea began to form for a media convention by and for LGBTQ women and allies.

The idea became a reality in 2017 when Ashley Arnold, Danielle Jablonski and Holly Winebarger presented the first annual ClexaCon to a sold-out audience in Las Vegas.

“We were tired of being plot devices for ratings only to be discarded when our influence was no longer needed,” said Arnold. “We wanted better. We deserved better and we wouldn’t sit back and hope for it to happen. We would fight to make it a reality.”

Originally envisioned as a small fan event to celebrate Clarke and Lexa, the trio quickly realized they had an opportunity to address the larger question of representation on television.

“We saw the momentum building,” Jablonski said. “When we started the event, the original plan was to keep it small and focused on Clarke and Lexa. As the killing [of lesbians on TV] continued, we realized that this was a much bigger issue. We wanted to do an event that was about representation throughout the community, not just on The 100.”

A pop-culture convention specifically for LGBTQ women had never been done before, but the response to the idea was resoundingly positive. The inaugural event sold out over 2,000 seats and welcomed a slate of panelists ranging from academics to both behind-the-scenes and on-screen talent from shows like Person of Interest, Wynonna Earp, Lost Girl and Fringe.

Panels covered a range of topics such as “Queerbaiting vs Queer Subtext”, “Ethics in Storytelling”, “Bisexual Representation in the Media”, “Diversity in Comics”, “The Power of Queer Social Media”, “Why Representation Matters”, “Transgender Representation” and “Visibility and Asexuality”.

The panel “Queer Women of Color: Representation in the Media” was such a hit that it continued in the main room after the end of regular programming. Grey’s Anatomy star Sara Ramirez, who attended the final day of ClexaCon as a regular attendee, unexpectedly participated in this panel and shared her experience as a bisexual actress.

Clearly, ClexaCon was meeting a need among viewers and talent alike.

As ClexaCon morphed from a small gathering of The 100 fans into something larger, organizers saw an opportunity to affect real change in on-screen LGBTQ representation.

According to a report released by Business Equality Pioneer Bob Witeck, who periodically measures LGBTQ purchasing power, in 2017 alone the LGBT consumer buying power in the United States was over $917 billion. That same research indicates that more than 75 percent of LGBTQ adults and their friends, family and relatives say they would switch to brands that are known to be LGBTQ friendly.

Multiple studies show that female viewers are critical to the success of a TV series. Advertisers are more likely to support a series with high female viewership because women control most of a household’s purchasing power. ClexaCon set out to shine a light on the importance of LGBTQ women as viewers, and as consumers. 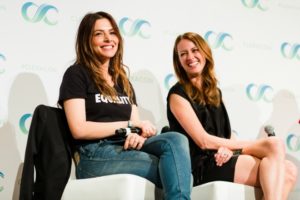 “Content creators are starting to recognize the power of our audience,” Jablonski said. “LGBTQ viewers can make or break a show, especially women. We’ve seen a couple of shows that weren’t necessarily doing too well with audience numbers but once they introduced a female LGBTQ character with a good storyline, the community tuned in and ratings went up.”

ClexaCon organizers sought to bring together industry people and talk about what they’re doing, and how they can do better. By moving the conversation about LGBTQ representation from reactive, after something has happened on screen, to proactive, ClexaCon became a vehicle to educate people within the industry.

“We had a writer/producer come to a panel and ask, ‘How can I do my job better? How can we write better for the community?’,” Winebarger recalled. “We’re starting to see a shift on screen in how LGBTQ women, in particular, are portrayed, which is encouraging.”

Programming also expanded in scope to include workshops on screenwriting, encouraging LGBTQ women to grow their skills. Mixers and events were built into ClexaCon to allow for networking with people within the industry.

“We recognized that these creative decisions are being made by people who aren’t part of our community because we aren’t represented at high levels,” Arnold said. “We need to be getting more queer women behind-the-scenes in these positions and educate allies about the impact of their decisions.”

Engaging and educating allies in the entertainment industry is a primary motivation for ClexaCon, but equally important is creating a community for LGBTQ women.

“It’s often hard for queer women to find spaces where we can come together and be ourselves and talk about issues that affect us specifically,” Jablonski said. “Within broader LGBTQ spaces, women tend not to be the focus, so we wanted to create a welcoming, safe space for LGBTQ women.”

Arnold, Jablonski and Winebarger stress the importance of engaging with the community in order to serve members’ needs. They attend many other conventions throughout the year and constantly interact with the LGBTQ community through social media.

The success of the inaugural ClexaCon can be measured partly in the number of attendees returning – with friends.
“This year we’re seeing people who met each other at last year’s con planning their trips and rooming together,” Winebarger said. “It’s really great to see how an event that we created has built or strengthened friendships with people around the world.”

The future of ClexaCon

After a successful first event, ClexaCon 2018 will enjoy record attendance and additional locations in its second year. The Las Vegas convention, scheduled for April 5-9, has double the capacity as the 2017 event. A second event is scheduled for London in November and another is in the planning stages for Hawaii. The organization’s staff has increased to 16 to keep up with this astronomical growth.

As ClexaCon grows, the co-founders are working to make sure that their vision guides every part of the business. They have partnered with True Colors Fund and NewFest, New York’s LGBT Film Festival, for 2018. On the supplier diversity side, they try to utilize LGBTQ-owned businesses whenever possible.

As the business expands, more and more organizations want to work with ClexaCon. In the meantime, the trio keeps their sights on why they founded ClexaCon in the first place.

“So many people are putting on cons for shows and different communities; people took a chance and showed up for us,” Arnold said. “We did well our first year and we’re on track to have many more attendees this year, but the fact that people are coming to ClexaCon from 40 countries and every state in the U.S. – it is the attendees that help make this happen.”

“If you’re a queer fan, an event like this, it’s not something you’ve had access to before,” Jablonski said. “We’re filling a need people didn’t realize they had. Giving them a platform to demand representation. It’s humbling and inspiring.”

Learn more about ClexaCon at clexacon.com.