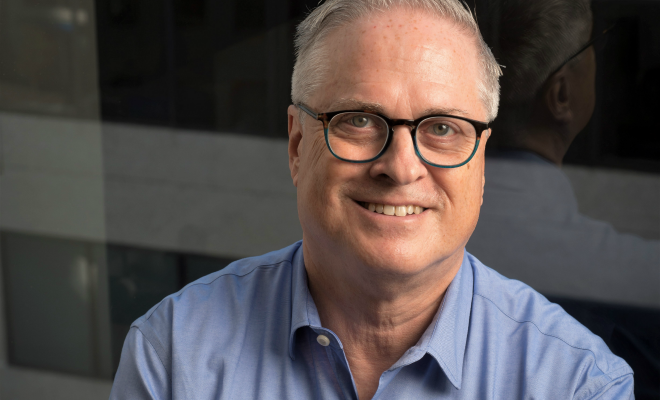 A corporate lawyer once asked Bob Witeck if he thought the lawyer’s company employed many gay people, a question that confirmed Witeck’s mission to battle for LGBTQ inclusion from inside corporate America.

Big business’s embrace of the LGBTQ community and causes has progressed light years since 1993, when Witeck fielded that question. Major steps forward in that journey can be traced back to Witeck’s career over the past two decades.

In 2018, the 65-year-old iconoclast’s Washington, D.C.-based Witeck Communications will celebrate 25 years of advocating for LGBTQ rights in the business world and beyond. It’s a professional accomplishment that goes hand-in-hand with what he sees as a personal goal everyone should strive to achieve.

“I think all of us, no matter our job or our aspirations, we want to combine our passions and our purpose. We want to do things we love to do and care about, things that we think matter,” Witeck said. “In the work that I’ve been able to do, those are the things that most satisfy me.”

That’s the same advice Witeck would give young LGBTQ gay leaders today to ensure they have successful careers—whether they work through the corporate and non-profit arena like he has or go into politics or find some passion.
“My experience and knowledge, it may be irrelevant to many of them, so I’m not at all self-important about my own journey,” he said. “I think they need to find their own paths, and they will. I feel sure I will learn more from people under 40, than possibly they can learn from me.” 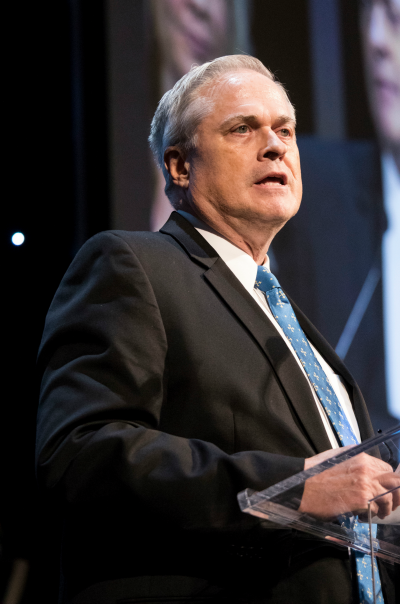 Witeck’s new education stems from changes in the way young leaders focus their energy. He believes the LGBTQ community has been successful by seeking changes closer to where they live, on the city and state level. While the movement continues to champion a very strategic effort litigating in federal courts, the LGBTQ community doesn’t have a single national leader. And that’s a good thing, Witeck thinks.

“The myth of a national leader needs to be erased. We don’t need one voice or one person,” he said. “What we have to do is have a lot of people in a lot of different places who are pushing the envelope, and through either personality, force of argument, the law and the courts on our side, or justice that prevails, they are figuring out creative ways to really get it right.”

Witeck mentioned Gavin Grimm as a prime example of a local leader. The transgender teen, whether he intended or not, has become a standard-bearer in the fight for transgender student rights simply because in 2016, he wanted to use the boys’ bathroom at his high school in Gloucester, Va.

One reason this decentralized leadership model works, Witeck said, is that in our digital age leaders have disproportionate impact. “Even the work you’re doing locally, the skills of organizing are not lost to others,” he said.

Things were decidedly different back in 1993 when Witeck co-founded Witeck-Combs Communications with Wesley Combs in an effort to help business leaders navigate the LGBTQ market and embrace stakeholders within their own organizations.

“I hoped to help align corporations and our clients with LGBT progress,” he said. “Being able to design a business case that long ago and grow it, obviously I’m certainly not alone today. But I felt when we were starting out it was a novel approach, or a new idea that hadn’t yet captured markets or decision-makers.”

Over two decades ago, corporations “saw a lot more risk and very little reward” in engaging the gay community, Witeck said. But that began to change—partly as a result of the work Witeck did with his firm’s first two clients that helped define their business for years to come.

Witeck-Combs worked with the Human Rights Campaign Fund—now called Human Rights Campaign—to create the first promotional campaigns for National Coming Out Day in the early 1990s. Remember out actors Amanda Bearse (“Married with Children”) and Dan Butler (“Frasier”) declaring “I’m not a straight person, but I play one on TV”? Those spots gave the LGBTQ community positive resonance, and showed that yes, even the most narrow-minded viewers have welcomed gay actors into their homes on popular television shows.

The same year, Witeck-Combs began consulting with American Airlines over two separate incidents of “regrettable ignorance and offense to both people living with HIV and gay people,” as Witeck put it.

In 1993, as gay activists flew back to Dallas after attending the national Gay, Lesbian and Bi March on Washington, an AA flight attendant requested the pillows and blankets used by the activist passengers be removed and changed at risk of HIV transmission.

Later the same year, a man living with AIDS was removed from another flight after he requested to have his intravenous drip bag suspended from the overhead luggage department. The man’s objections showed that AA employees had caused another misstep.

With the threat of a global boycott looming, American asked Witeck’s firm for help. He met with several AA senior leaders to help them not only to better understand and show equal respect to the LGBTQ community, but also by accelerating internal education on HIV/AIDS issues for all employees.

That included educating the airline—and a wider corporate America—that a significant number of their coworkers are, indeed, LGBTQ individuals.

“[Our firm] started by helping American Airlines fly smoothly and proudly,” Witeck said, “and to reinforce the facts that LBGTQ people are an essential and visible part of their workforce, part of their investors, part of their leadership, and of course, many of their most loyal and frequent customers.”

Witeck has worked with American Airlines ever since. The airline is a founding corporate member of NGLCC and is one of only a handful of companies that has been designated by the Human Rights Campaign since 2002 as one of the “Best Places to Work for LGBT Equality.”

“It’s in their DNA now, and that’s powerful to see,” he said. “Their approach has been one that you and I know has been modeled by many companies for a long time.”

Now corporations not only engage the gay community, they often lead the fight to block anti-gay legislation or policies. In recent years, another Witeck client, Walmart, opposed anti-gay legislation in its home state of Arkansas. In 2015, CEOs from dozens of corporations spoke out after then Indiana Governor Mike Pence signed a law allowing businesses to refuse service to LGBTQ customers on religious grounds. Many other corporations have championed marriage equality.

And now that corporations not only recognize and support their gay employees, but work to advance them to the C-Suite, “we” truly are everywhere.

“The value of inclusion is really a business imperative,” Witeck said. “It’s not a good thing to do, it’s a necessary thing to do to grow the economy.”

And it is, if you consider the NGLCC’s first-ever snapshot demonstrating the economic and social impact of America’s LGBTQ business owners and entrepreneurs. The NGLCC report released in January 2017, entitled “America’s LGBT Economy,” estimates the economic contribution of the projected 1.4 million LGBTQ business enterprises in this country at nearly $1.7 trillion.

Witeck believes that part of the reason those numbers are so compelling is that many LGBTQ people these days don’t want to be “round pegs in square holes.” They no longer conform to institutional expectations or remain invisible as they did in the past.

“We don’t want to put on somebody else’s suit anymore, we just want to wear our own identities,” he said. “And I think that’s tremendously encouraging.”

LGBTQ people’s desire to live authentically in every aspect of their lives isn’t all that excites Witeck. Despite the current U.S. government’s swing to the right and recent attacks on inclusion overall and LGBTQ rights in particular, he said he believes the community “has new energy surrounding these issues” because of the challenges.
“We have to learn again how to navigate in peril. I think we have to figure out new strategies to deal with the new realities,” he advised.

“I’m encouraged here because I think business has leapfrogged government in some ways,” he said. “At the moment, the United States has little or no moral leadership politically. We don’t have it at the national level, so I think business leaders are among those standing up today for our true values.”