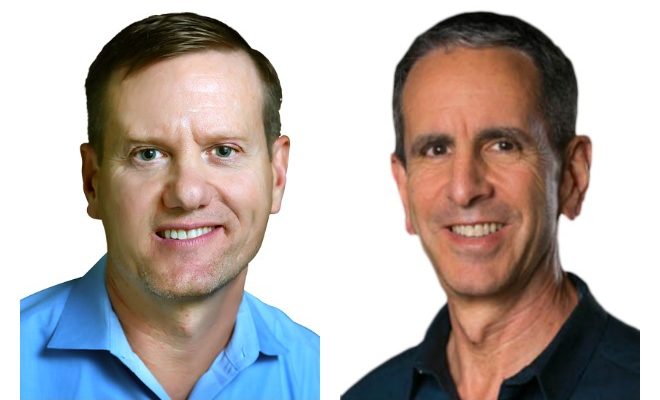 CMI reveals diversity and power of the LGBTQ consumer

78 percent of LGBTQ community members in the United States agree that they tend to purchase from companies that market to and support the LGBTQ community.

That statistic is from the 12th annual LGBTQ Community Survey report released by Community Marketing & Insights (CMI). More than 40,000 LGBTQ people from 151 countries responded to the survey, providing a wealth of information and insight into a variety of LGBTQ topics and issues.

CMI is the world’s leading LGBTQ market research firm. Founded by long-time friends Thomas Roth and David Paisley in 1992, after recognizing a need for specific consumer research within the LGBTQ community, CMI set out to help companies and brands understand the emerging LGBTQ community and include it as a viable – and diverse – market segment.

“Often research comes out and treats the LGBTQ community as one unit,” said Paisley, senior research director. “Politically we do a pretty good job of speaking with one voice. But a 65-year-old lesbian couple in Sedona is a completely different consumer than a 22-year-old queer man getting his first job in Manhattan.”

In the past 25 years, CMI has produced consumer market research for leading brands, companies, organizations, universities and government institutions seeking to understand, reach and serve the increasingly diverse LGBTQ community authentically and effectively.

“What we do at CMI is look at the identity and the generational breaks,” Paisley said. “Typically, each letter of the identity alphabet – L, G, B, T and Q – are off in their own directions as consumers. When you don’t look at those identity and generation breaks, you could be creating a marketing plan that’s all wrong; “all LGBTQ” averages are often misleading.

Helping corporations better understand and reach the LGBTQ community is part of a larger purpose for Roth and Paisley. When they created CMI, it allowed them to use their research and analysis expertise to promote LGBTQ inclusion through commerce rather than politics.

“We observed a need for market research and marketing support for corporations. We felt that corporations were a place where we could make inroads, because of the assumed buying power of the gay and lesbian community,” Paisley said. “Back in the early ’90s we couldn’t make ourselves heard politically, but we thought we could make a difference with corporations by making a business case for inclusion.”

Paisley also notes that the community has expanded since the 90’s. “We used to talk just about gay men and lesbians, but today the business case includes bisexual, gender-expansive, queer and straight allies.”

When companies neglect the LGBTQ community, they miss out on opportunities to reach a valuable market segment. This community packs a significant economic punch: According to a report released by NGLCC, The National LGBT Chamber of Commerce, in 2017 alone, the LGBT consumer buying power in the U.S. was over $917 billion.

LGBTQ consumers are eager to spend those hundreds of billions of dollars with companies that not only recognize them but align with their values. According to the CMI report, 76% of respondents said they will give companies that support LGBTQ equality more of their business this year. However, the onus is still on the companies to make sure the LGBTQ community is aware of their support.

“This year’s report found that corporations cannot sit back and assume that the LGBTQ community will notice their support,” said Roth, president. “They need to actively show their support through advertising, public relations and social media.”

Through methodologies including online surveys, focus groups (in person and virtual), in-depth interviews and advisory boards across the U.S. and globally, CMI gathers information about and from LGBTQ consumers. But CMI goes beyond the data. Companies like Hallmark, Johnson & Johnson, T. Rowe Price, American Cancer Society, Hawaii Tourism Authority and numerous other corporations and organizations look to Roth, Paisley and their team to analyze and interpret all this data to forecast trends, measure economic impact, implement brand testing and more.

To help businesses large and small better understand and connect with the LGBTQ community, CMI hosts an annual summit packed with cutting-edge strategies, data analysis and best practices. The 2018 event took place May 17 at Google NYC and included case studies from Mercedes-Benz, AARP, Wells Fargo and others; sessions on working with social media influencers and building relationships through podcasting; and a special emphasis on the African-American LGBT and the transgender/gender-expansive communities.

“We are able to bring together leaders, LGBTQ media and the corporate world to talk about what’s new and what’s happening in LGBTQ marketing,” Paisley said. “Overall, the changes in the political environment have been reflected in the importance of corporate advocacy. In the pre-Obama era, it was Corporate America driving LGBTQ equality. During the Obama era, we started to see the government becoming a major player. That eight years was really an era of government. But now the responsibility is reverting back to Corporate America.”

Indeed, according to the latest research, 85% of LGBTQ community members in the U.S. agree that corporations that support LGBTQ equality are more important than ever.

“The LGBTQ community is looking to Corporate America to stand by us politically in these times; it’s a chance for corporations to take the lead again with regard to equality,” Paisley said.

One of Paisley’s favorite questions on the survey is one that allows respondents to write in the names of companies that they feel are most supportive of the LGBTQ community. For the third year in a row, the companies topping that list are Target, Amazon, Starbucks and Apple.

“They’re not accomplishing that through just advertising in the LGBTQ community; it’s their policies and their advocacy that makes the strongest impression with the LGBTQ community, and that translates to loyalty,” Paisley said. “These are the brands that LGBTQ community members have made a conscious choice to purchase from because of their pro-LGBTQ policies or practices.” 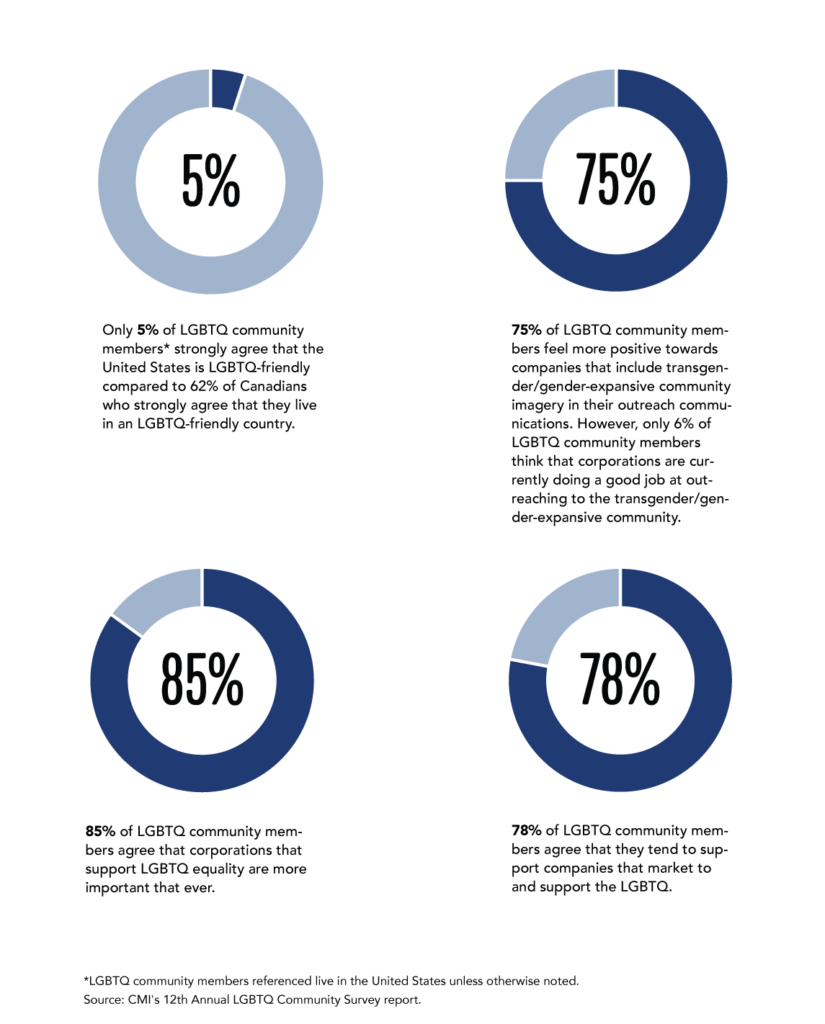