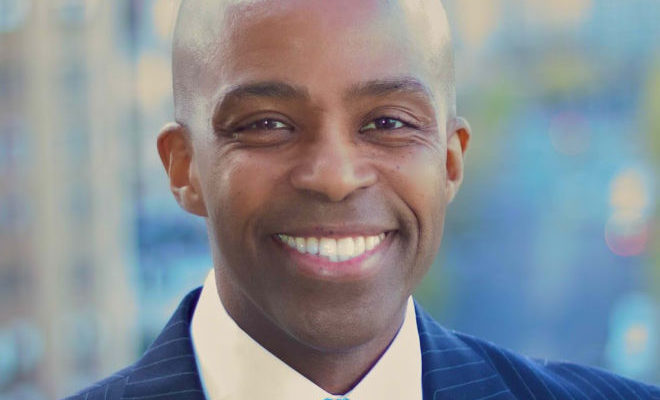 Alphonso David’s resume is impressive. He’s a graduate of the University of Maryland and Temple University’s School of Law. He’s been a judicial law clerk, an Adjunct Professor of Law, a staff attorney and served in the cabinet of New York Governor Andrew Cuomo. In August 2019, he was appointed president of the Human Rights Campaign, becoming the first person of color and the first civil rights lawyer to lead the organization.

For all his many accomplishments, it’s not the accolades or recognition that drives David. It’s the commitment to ensuring all humans are treated with the respect they deserve.

“The concept of civil rights derives from fairness and equality,” noted David. “For me, it’s making sure our rules, our Constitution and the principles we live by are applied fairly and equitably. We live in an environment where some people are treated differently simply because of who they are. I work in civil rights for that reason. I do this work to make sure we’re all treated equally.”

David, a lover of working out, yoga, music, arts and connecting with family and friends, is a native of Liberia. He has fond memories of his “extraordinary experience” growing up in the West African country with his family. When a military coup began, they were forced to flee their home and settled into life in Maryland.

As he completed high school, matriculated through college and embarked upon his career, David chose a path that was directly related to what occurred in his homeland.

“The work that I do today, which is focused on civil rights, is in large part formed by my experience growing up in a country where we lived in a democracy one day and it became a dictatorship overnight,” he said. “That experience certainly informed my path in life, my understanding of democracy and how important it is to fight for democracy.”
And now he’s ready to champion this fight through the HRC.

The organization strives to end discrimination against LGBTQ people while realizing a world that achieves fundamental fairness and equality for all by working with businesses, politicians and individuals.

“We can’t lose sight of the fact that the goal of ultimate equality, where everyone is treated equally, is something that this country has never achieved,” he said. “We must fight to get to that place. Yes, it will sometimes be frustrating and complicated but it’s worth it. We must empower ourselves and each other to achieve economic security and equality. We must get involved, speak up and get engaged. Nothing happens if we do nothing.”

One tool the HRC uses to encourage and promote LGBTQ equality in the workplace is the Corporate Equality Index. The CEI measures the effectiveness of corporate equality policy and practice among the largest companies in the United States on a scale from 0-100. Since its inception 18 years ago, the CEI has been responsible for assisting business communities with adopting inclusive practices, policies and benefits.

“All of us individually have power to effect change,” David said. “Businesses have been such a huge part of pushing for equality. Business leaders understand equality is the right thing to advance but it also makes sense from a business perspective. If you create an inclusive workspace, employees will thrive and you can attract more clients and customers. We’ve seen business leaders support the marriage equality movement and fight to support equality in general. As I think about iteration of my work and the work of the HRC, it’s really looking to make sure we can create inclusive workspaces so that all employees regardless of their sexual orientation or gender identity can thrive.”

As the fight for equality hit another climactic point during the Black Lives Matter protests in May and June 2020, David has been speaking out in particular about including Black trans people in the conversation. In an essay for The Root titled “The Fight for Our Collective Liberation”, published June 9, he drew attention to the legacy of violence against Black trans people, calling for an inclusive, united movement that does, indeed, value all Black lives.

“We may come to the struggle from different backgrounds and carry different experiences with us—but our fight for liberation is one and the same,” David wrote. “We are the beloved community we need. Their lives mattered. Black Trans Lives Matter. And we must never give up or be divided on these truths.”

Since we spoke with David, the Supreme Court handed down a landmark ruling affirming that sexual orientation and gender identity discrimination are prohibited under Title VII of the Civil Rights Act.

“This is a landmark victory for LGBTQ equality,” he said in a statement. “No one should be denied a job or fired simply because of who they are or whom they love. For the past two decades, federal courts have determined that discrimination on the basis of LGBTQ status is unlawful discrimination under federal law. Today’s historic ruling by the Supreme Court affirms that view, but there is still work left to be done. In many aspects of the public square, LGBTQ people still lack non-discrimination protections, which is why it is crucial that Congress pass the Equality Act to address the significant gaps in federal civil rights laws and improve protections for everyone.”