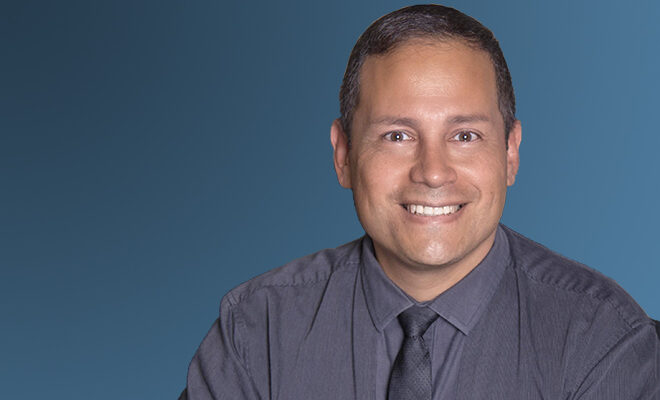 It turned out to be a good decision. The premiere issue, published in May 2020, earned 15 awards for writing, design, photography and illustration in the Florida Press Club 2020 Excellence in Journalism competition, and Sotomayor has plans to expand the magazine’s frequency and reach.

Not bad for a former paralegal who got his start as a writer, editor and publisher by blogging about the reality TV show “Survivor.”

Sotomayor, who lives in Ocala, Florida, began his career as a litigation paralegal and, at one point, found himself working on a grueling project — just him, an attorney, a conference table and lots of file boxes in a room, 12 hours a day for weeks. “We had nothing in common to talk about to pass the time. I learned he liked the new TV show, ‘Survivor,’ ” Sotomayor says. Unfamiliar with the program, Sotomayor watched a few episodes and discovered that “ultimately, it was a game of strategy,” much like the chess his father had taught him.

A shared passion for “Survivor” gave the paralegal and the attorney something to talk about and, now hooked on the show himself, Sotomayor says he “began sharing some of my thoughts with entertainment columnists.” That eventually landed him a job as an editor with ETV.

“I was still a full-time paralegal. What convinced me to become a full-time writer was the fan feedback,” he says. “Most of ETV’s columnists did not generate comments. My work always did. The fact that I was connecting with people all over the world thrilled me. I thought even if I did not make much money, the impact mattered more.”

Sotomayor went on to work for a number of publications, writing about business, legal issues, culture and lifestyles, and founded his own company, Sotomayor Media Creations LLC. 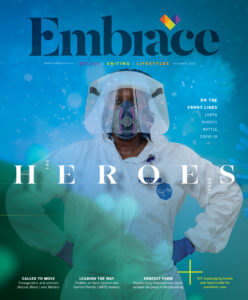 In addition to Embrace, Sotomayor publishes Elevate, the first faith-based magazine in north-central Florida. Together, the two magazines reflect Sotomayor’s identity as a religious gay man.

A first-generation American — his late mother was from Colombia and his father is from Peru — Sotomayor was raised in New York City in a bilingual Roman Catholic household. “Many LGBTQ people would say that being Roman Catholic was hard on them. I would never take away from their experience; however, I maintained a close relationship with God,” he says. “To me, that meant to follow my faith that God loves all his children, including his LGBTQ children.”

Embrace magazine, available as both a digital and print publication and with a related radio program on WOCA (The Source 96.3 FM/1370 AM), is a lifestyle publication with themed issues.

“My brand is the same as the Embrace brand: Boldly. Uniting. Lifestyles,” Sotomayor says. “What guides me every day is to make sure that the LGBTQ community is included in the conversation. That means that I take topics from mainstream news and add the LGBTQ point of view, as well as a POC point of view. I have been the editor of mainstream lifestyle publications, so I have represented the mainstream for years. It is time to be more inclusive and diversified. I am aware that I am in a unique position to do that in my community. There are no other LGBTQ editors with my experience in my area.”

Embrace’s second issue in 2020, “The Heroes,” covered topics that commanded attention in 2020, including the COVID-19 pandemic and BLM. “In addition to our feature story on LGBTQ nurses on the front lines battling COVID in NYC and Ocala, we covered the peaceful protests in South Florida, and, for personalized accounts, we interviewed black trans persons in Ocala to share their stories of discrimination while in police custody,” Sotomayor says.

Sotomayor is proud of the bevy of awards Embrace earned in 2020 — a tough year to launch any new venture. He notes that many advertisers wanted to pull out of the inaugural issue at the last minute because of budget concerns but he wasn’t about to let that derail the magazine’s debut. “I decided to comp all ads so that the businesses had an opportunity to still reach the targeted LGBTQ community during a pandemic, while providing us an opportunity to show the world what we can do.”

In 2021, Sotomayor plans quarterly Embrace issues focused on the arts, business, advocacy and luxury lifestyles. In 2022, he hopes to expand to a bimonthly schedule and eventually would like to expand the magazine’s circulation to other parts of Florida.

“Launching an LGBTQ magazine has already become my greatest achievement,” he says. “And I am only getting warmed up.”