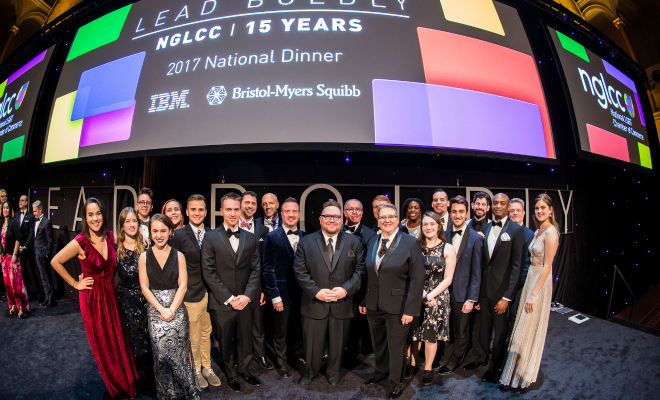 NGLCC rebrands to better include bisexual and transgender community

NGLCC co-founders Justin Nelson and Chance Mitchell said that the name change and visual rebranding reflect NGLCC’s commitment to better include the bisexual and transgender members of the LGBT business community for which the organization has fiercely advocated over the past 15 years.

“Those who have worked with us know that we, along with the entirety of Team NGLCC, have been dedicated to advancing economic opportunities for all members of the LGBT+ community, and it’s time for our name to reflect that commitment,” Nelson and Mitchell said in a statement. “While our name may be changing, our mission always remains the same: securing economic opportunity and prosperity for the LGBT business community in the United States and around the world.”

NGLCC expects to see support for the LGBT business community continue to grow, particularly with the recent inclusion of LGBTBE spend as a category for the Billion Dollar Roundtable and to a company’s survey on the Human Rights Campaign Corporate Equality Index. NGLCC recently certified its 1000th LGBTBE and plans to double that number by 2020.

With 15 years of successful advocacy and development behind it, NGLCC leaders are excited about the future for LGBT business and the role the organization will play in leading the way to business equality.

“As we continue to assert our community’s presence and importance in the American and global economies, it is essential that NGLCC lead boldly with a vision for the future of LGBT business that is not only inclusive of all members the LGBT community but also celebrates diversity in all of its forms,” Nelson said.

The awards gala also recognized those who are already making a difference in the LGBT business community.

In addition, the Matthew Shephard Foundation received a check for $25,000 and a named scholarship from NGLCC.