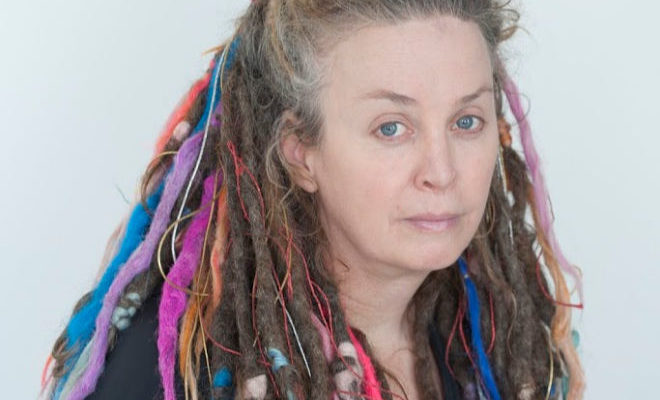 When Molly Lenore was growing up in the San Francisco Bay area, a career merging technology and art was never in the equation.

“I didn’t understand that was even a possibility,” said Lenore.

A trip to New York City to visit a friend changed her trajectory. At the time, she was working in mortgage banking and her friend was taking classes at New York University in their interactive telecommunication program. Seeing the amazing possibilities utilizing art, technology and design, Lenore couldn’t stop thinking about what she saw.

“I went back to Irvine and kind of fantasized about being a technologist and artist,” she said. “Six months later, I decided to quit [my job]. I went back to school to get my Master’s in 3D animation and technology.”

Soon, NYC came calling again. After pondering it over a few months, Lenore accepted a job as the Senior Technology Artist with the American Museum of Natural History. She also believed it was an optimal time to begin her gender transition.

While working at the museum, she met Joey Stein who would eventually become her business partner. In 2003, they launched MOEY – a company dedicated to creating solid, interactive design “with the exacting eye of an artist and the rebellious spirit of a technologist.”

“We initially started our business to really help people see the world in a different way,” said Lenore. “I’m personally a big believer that the way we teach and educate is severely flawed and we’re leaving the majority of our population behind.”

For Lenore, education is as important as her everyday work, and it’s one of the main reasons she has embraced a new endeavor. In October 2019, she began serving on the Board of Directors for SAGE, the first trans person appointed the role in the organization’s 40-year history.

Founded in 1978, SAGE (Services & Advocacy for GLBT Elders) is “a movement of loving, caring, activists dedicated to providing advocacy, services and support to older members of the LGBT community” according to the organization’s website. The use of the word “community” resonated strongly with Lenore.

“I strongly believe in community,” she said. “I know about SAGE but I didn’t know that much other than their main mission. When I looked into it, I thought it was incredibly important. Everybody has a story to tell. I do like the fact I have a slightly different voice, potentially, as a trans person. I’m hoping to add another perspective.”

As she becomes more acclimated, she does so with a focus on bridging the gap between younger people, SAGE and their mission. For the past 13 years, Lenore has served as the commissioner of the NY Gay Football League. Knowing that participation in sports naturally draws a young crowd, she hopes to leverage her relationships to address the divide as they continue to do the necessary work.

“SAGE is a phenomenal organization,” she stated. “What I think is lacking sometimes in our community is our connection to the past and our elders who laid the groundwork for some of the younger folk. There’s a reason why we can live our lives the way we live today. This isn’t a linear progression. The more we can bridge those divisions, the better. It’s important for our community. Without our history we’re nothing.”

← Previous Story OUT Georgia rebrands, expands scope
Next Story → PRIDE in the time of COVID-19