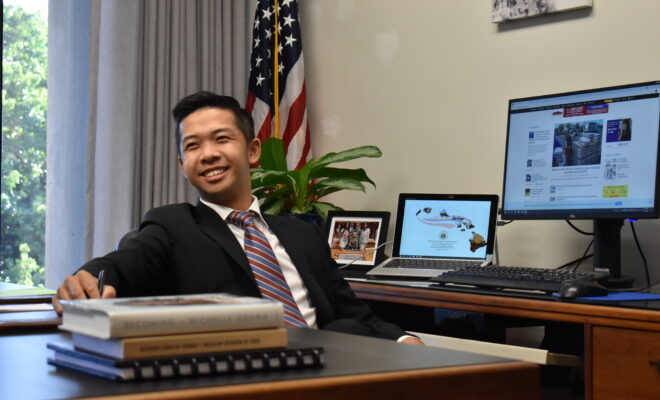 Just 28 years old, Adrian Tam earned local headlines for unseating a seven-term incumbent in the Hawaii House of Representatives. Then he earned national headlines for soundly defeating the founder of the local right-wing Proud Boys chapter in the general election.

It was an impressive start for a political newcomer, and Tam hasn’t stopped racking up accomplishments during his first term in office.

“You work so hard to get in office, you need to work hard to stay in or that early work is lost,” says Tam, the only openly gay lawmaker in the state legislature. Earlier this year, he was named to BEQ Pride’s 40 LGBTQ Leaders Under 40 Class of 2021.

A second-generation Asian American, Tam was born in Honolulu. He earned a degree in history at Penn State and originally planned to go to law school but changed course, joining his family’s real estate business and later working for a state senator.

In 2020, Tam decided to run for office with a slogan of “People Over Politics.” “I started really late,” he says. “My opponent had been running since 2019. I had no name recognition and I was challenging an incumbent. But I told myself and my friends and supporters that I would never forgive myself if I didn’t run.”

It wasn’t an easy campaign. Because of the pandemic, Tam couldn’t go door to door to make a personal connection with voters, so he spent his time calling instead. In the general election, supporters of his opponent flooded his social media accounts with “very crude and inappropriate material,” Tam says. But Tam won handily with nearly 68% of the vote.

“My district is very diverse,” Tam says. “I wouldn’t say it’s very liberal but we recognize that our diversity is our strength.” District 22 includes tourist draws like the world-famous Waikiki neighborhood and Diamond Head, but Tam’s focus is on the residents: a mix of retirees, young professionals and established business owners.

The area also has a large LGTBQ population and is “home to many LGBTQ businesses,” Tam says. And to create a strong, diversified economy, Hawaii needs to encourage inclusivity in business. “(Inclusivity) broadens perspectives and can open doors for new markets for that business,” Tam says. “As a lawmaker, I’ve always supported businesses in District 22 that want to add more diversity, by creating a healthy and safe neighborhood for them to thrive.” 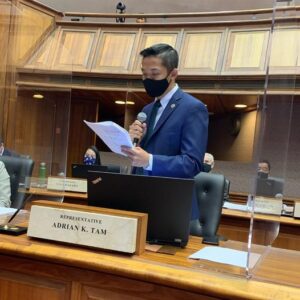 During his first term, Tam says, he is “focusing a lot on homelessness issues, health care and our economy. It’s become very difficult for residents to keep living in Hawaii because of the cost of living. For such a long time, the Hawaiian economy has been a three-legged stool: tourism, construction, military. What happens when you take away a leg of that stool? It can’t hold anyone up. We need to diversify our economy, and I’m fighting to create a state we can all afford to live in.”

Despite being a freshman lawmaker, Tam passed two pieces of legislation in his first year — a bill to fine real estate investment trusts for failing to submit tax forms and a bill that allows unaccompanied minors to stay at no-cost emergency shelters without parental consent. “To me that was a no-brainer,” Tam says of the second bill. Although his family has been supportive throughout his life, he knows that homelessness is common for LGBTQ youth.

“Hawaii has a homelessness and housing crisis that directly affects the LGBTQ community,” Tam continues. “It is still harder for the community to find housing, and I believe that it is up to us to create more affordable housing so that there are more options. Kids on the street can be subjected to drugs, illness, human trafficking. We want to stop that.”

Tam already has a team in place to run for re-election in 2022, and he encourages others in the LGBTQ community to seek office.

“My single biggest advice is to be authentic because authenticity resonates,” he says. “It is hard because there will be times where you want to pretend to be someone you are not, but things will work out if you stay true to yourself. This is good advice for anything, not just running for office.” 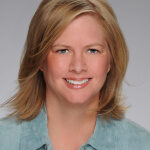