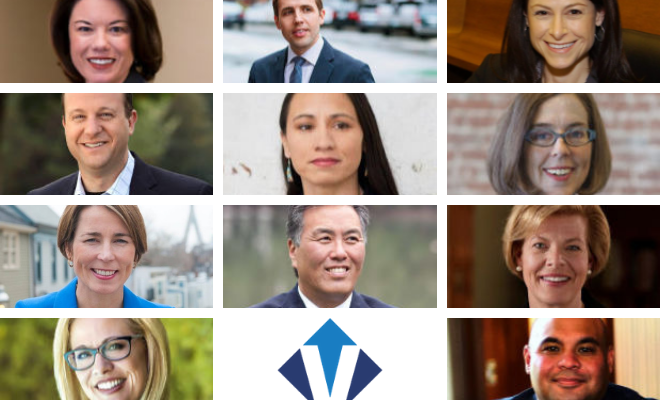 The 2018 election was a historic one for the LGBTQ community with 160 LGBTQ candidates at all levels of government elected to office on November 8th.

These candidates were all backed by Victory Fund, an organization that supports and endorses LGBTQ candidates. Founded in 1991 by LGBTQ activists and donors, Victory Fund works to change the face and voice of America’s politics and achieve equality for LGBTQ Americans by increasing the number of openly LGBTQ officials at all levels of government.

When Victory Fund was founded there were less than 50 openly LGBTQ elected officials across America at any level of government. With the final votes counted in the 2018 election, a total of 160 Victory Fund endorsed LGBTQ candidates won their races, more than tripling LGBTQ representation.

“From the U.S. Congress to governors’ mansions to state legislatures and city councils, we are making historic inroads and growing our political power in ways unimaginable even a few years ago,” said Annise Parker, President & CEO of LGBTQ Victory Fund. “An unprecedented number of LGBTQ candidates ran this year, fueled by attacks on our equality from the federal government and state legislatures, but driven by a desire to better the lives of all constituents regardless of sexual orientation or gender identity. We shattered lavender ceilings, achieved historic firsts and brought more LGBTQ representation to legislative bodies across the nation, which will help push equality forward.”

“We needed more LGBTQ candidates not just because our community needs us, but because America needs us,” Parker said. “These values-driven leaders are ready to fight for the issues that matter most to their constituents and they will lead with solutions, not the divisiveness that characterizes too much of our politics right now. And these victories will inspire more LGBTQ leaders to run for office in coming elections – our representation in government will continue to grow.”

As the number of LGBTQ elected officials increases so does equality for the entire community, and the new class is already making moves to insure equal rights and access for all. Who wouldn’t vote for that?

Tammy Baldwin (Senator, Wisconsin)
Tammy Baldwin, who was first elected as a Wisconsin Senator in 2012, is the first openly LGBTQ member of the Senate and Wisconsin’s first female senator.

Angie Craig (Congresswoman-elect, Minnesota)
Elected to represent Minnesota’s Second District, Angie Craig will be the first openly LGBTQ person in the House of Representatives from Minnesota and the first LGBTQ mother in Congress.

Sharice Davids (Congresswoman-elect, Kansas)
She will be the first openly lesbian congressional representative from Kansas and one of two Native American women elected to Congress for the first time in history.

Dana Nessel (Attorney General-elect, Michigan)
Dana Nessel will be the second openly LGBT state attorney general in the US.

Jared Polis (Governor-elect, Colorado)
Jared Polis, elected to serve as Governor of Colorado, will be the first openly gay man to be a governor in the US.

Kyrsten Sinema (Senator-elect, Arizona)
Kyrsten Sinema has been elected to serve as a Senator from Arizona, and she will be the first openly bisexual member of Congress.