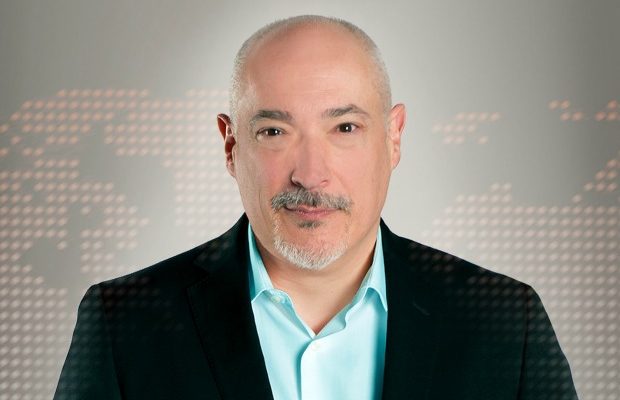 Alan Buie-King on Being Authentic & an Activist

For many years whenever Alan Buie-King flew, he worried the person sitting next to him would ask what he does at Workplace Options because it’s a business that “doesn’t fit any description.”

“It’s unlike a lawyer, or a doctor, or an architect. It’s not a one-word answer,” he said. “But the fundamental heart of our business is that we help people.”

Three words might not seem that difficult to think up, but if you look at the wide ranging services Workplace Options provides, you might understand Buie-King’s struggle.

WPO, based in Raleigh, NC, manages workplace benefits for its client companies. It provides assistance services for more than 53 million employees at 78,000 organizations in 200 countries and territories worldwide.

“It’s a unique business,” said Buie-King, the company’s president and COO. “When you watch the news and you see the fire in London or the terrorist attacks in Paris or a police situation in Chicago, we’re there. WPO had our counselors on the ground to support people in those locations.

“That’s an incredibly empowering ability that we have. It’s also a huge responsibility. I’m constantly energized by that, and by our staff.”

That mission to help people flows between Buie-King’s professional and personal lives. A longtime champion of social and political progress in North Carolina, he works to advance equal rights for the LGBTQ and other communities.

Buie-King has served on the board of Equality NC, a statewide organization dedicated to social justice, and has worked with the LGBT Center of Raleigh. Workplace Options became the initial sponsor of the Center’s Out Raleigh Festival, which serves not just the LGBTQ community but celebrates all kinds of diversity.

When North Carolina’s governor signed the controversial HB2 into law in 2016, Workplace Options was one of the first companies to take a stand against the anti-gay bill, Buie-King said.

As individuals, he and CEO C. Dean Debnam signed a letter urging the governor of North Carolina to rescind it. Before that, the company worked against Amendment 1, which restricted marriages to heterosexual couples.
“For us, again, it’s about our core mission,” he said. “It is recognizing value in each person and not trying to find what makes us different, but what makes us the same.”

Buie-King’s and WPO’s advocacy work led the company to partner with The Tyler Clementi Foundation, an organization that fights bullying and cyberbullying. The groups combined forces to create a workplace training program that teaches employees how to combat bullying that impacts today’s youth.

WPO now offers the training to its clients at no charge, said Buie-King, who joined TCF’s board in 2014. The program, he added, has been a success.

“We’ve had a number of different organizations go through the training and many more are in the process of making that happen,” he said. “Now that we’ve completed the first year, we’re also working to find ways to better publicize and to offer this in a wider audience.”

Buie-King also hopes to expand Workplace Option’s reach in the future. Although the company has 14 service centers across the globe, WPO wants to make its social mission more prominent outside of the U.S. and the United Kingdom.
“Supporting diversity, supporting LGBTQ issues, the rights of women, the care and education of children,” he said, “regardless of what country that you live in, those are all critical.”

Just as Workplace Options has been at the forefront of social activism, it encourages its employees to be activists in their own communities no matter where they live.

For Buie-King, being authentic and an activist isn’t an option. It’s a way of life.

“I’m a gay man. I’m married to an African-American,” he said. “Issues of discrimination based on sexual orientation and issues of racial discrimination are not simply philosophical to me. I live them and have lived them. It’s important to me that future generations aren’t impacted in the same negative ways that I experienced in my own life.”