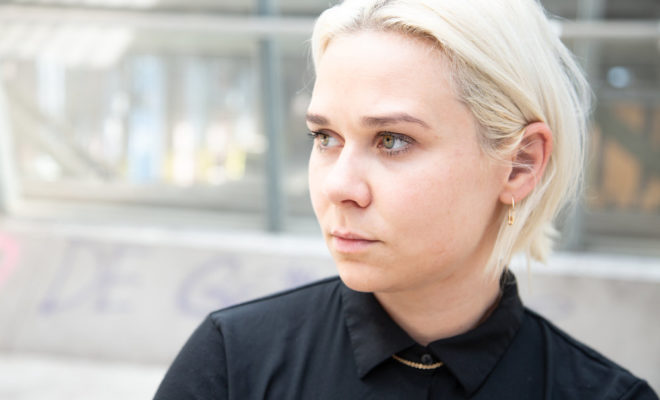 Sometimes a piece of art comes along that challenges deep-seated beliefs in such a compelling way, it cannot be ignored. In “Amy’s Song”, songwriter Amy Kuney and singer Matt Simons collaborated on a powerful message that encourages us to question our beliefs around love, acceptance and equality. Inspired by Kuney’s real-life experiences around coming out to her religious family, the song goes straight to the heart of the anti-LGBTQ beliefs held by many conservatives.

“’Amy’s Song’ is my story as a gay woman who grew up in a very conservative Christian environment where being gay was considered a ‘choice’ and an abomination,” said Kuney. “I know that thousands of others experience this, or similar struggles and I hope this song can offer comfort and hope to them. I also pray that the song raises a tough question for those who are so fearful and close-minded that they can’t understand the love they condemn.”

Watch the video for “Amy’s Song” below, a one-take sequence featuring Kuney along with 40 people from the LGBTQ+ community holding up the lyrics as Simons sings “Does your God really give a damn?” Read their stories at amyssong.com.

Simons, who has seen global success with 500 million streams to date, is currently touring North America with stops in Montreal, Nashville, Philadelphia, San Francisco and Los Angeles. In addition to hits like “Catch and Release,” a No. 1 hit in Europe, and his latest singles “We Can Do Better” and “Made It Out Alright,” the multi-platinum artist will also showcase new material from his forthcoming album on the cross-country trek.