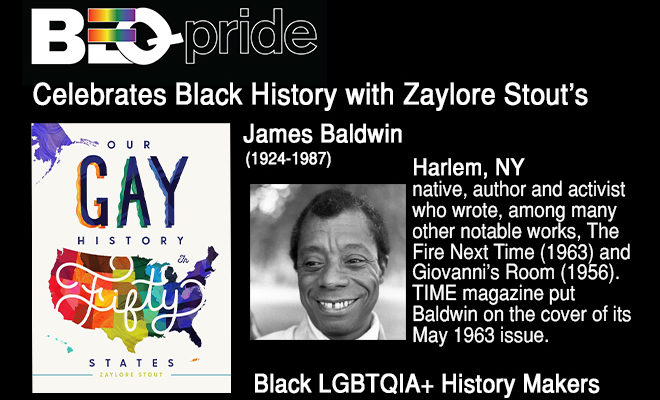 James Baldwin (Harlem, NY) was an author and activist who wrote, among many other notable works, The Fire Next Time (1963) and Giovanni’s Room (1956). Baldwin grew up poor and spent a lot of time in the library as a teenager. Later, he began to work as a preacher, where he developed his voice as a writer. Baldwin lived in Greenwich Village while working as a freelance writer before moving to Paris to gain perspective on American culture and to live more freely as a gay man. His first book, Go Tell It on the Mountain (1953), was a fictionalized representation of his religious upbringing and his struggles with his stepfather. Baldwin’s writing focused on themes of racial politics, homosexuality, identity, and equality—themes that moved people with his added emotional, historical, and philosophical depth. The Fire Next Time, a work about the struggle for racial equality, became so popular that TIME magazine put Baldwin on the cover of its May 1963 issue. Baldwin died of cancer in 1987 at the age of sixty-three.