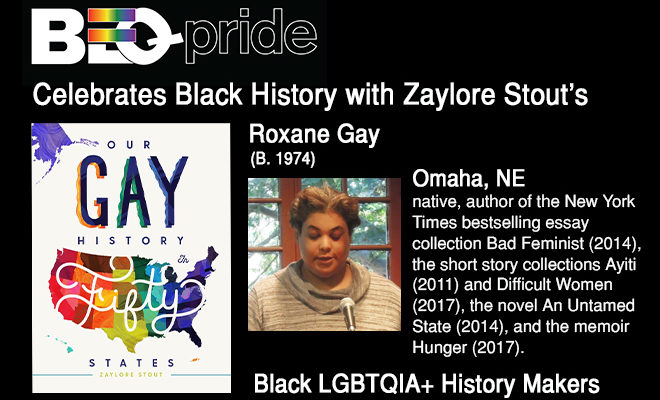 Roxane Gay (Omaha, NE) is the author of the New York Times bestselling essay collection Bad Feminist (2014), the short story collections Ayiti (2011) and Difficult Women (2017), the novel An Untamed State (2014), and the memoir Hunger (2017). In 2017, Gay and poet Yona Harvey became the first Black women to be lead writers for Marvel when they wrote Black Panther: World of Wakanda, which was hailed for its prominent portrayal of LGBT+ characters. Gay, who is bisexual and Haitian American, has taught English at a number of universities, including Eastern Illinois University, Purdue, and Yale. Prior to her 2014 mainstream breakthrough with Bad Feminist, Gay was revered among the indie literary community for her work co-founding the magazine PANK and the publisher Tiny Hardcore Press.