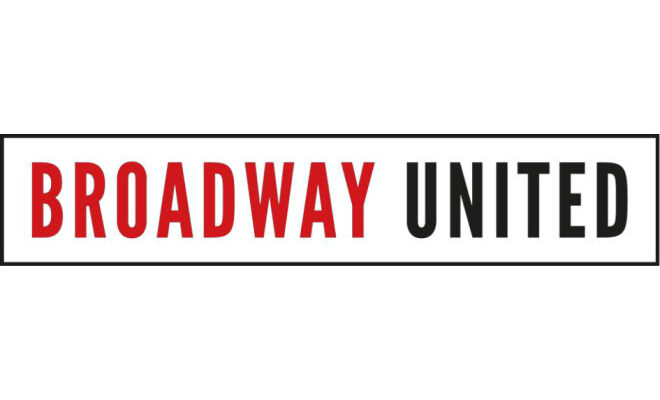 Clearly, the time has come for BIPOC artists to take their seats at the table, as theatres across the country are welcoming multi-racial and multi-ethnic actors, writers, and creatives with open arms. Artistic Directors, theatre Boards, and Producers are finally realizing that it is not enough to say they are equitable and open, but they must actively seek out and provide resources, mentorship and sponsorship. Outreach to BIPOC artists is necessary to be sure they are aware of opportunities they may not have known existed.

Many new, inclusive theatre companies are forming across the United States, informed and inspired by the Black Lives Matter movement. Leading the way is Broadway United, a company formed more than five years ago with the sole mission of breaking down cultural and racial barriers and actively working to embrace diversity in the predominantly White world of theatre. It is called The Great White Way, after all.

Broadway United was founded by producing partners and colleagues, Jim Kierstead and William Fernandez. Kierstead is an Emmy, Olivier, and three-time Tony Award-winning producer of more than 25 Broadway shows, including Kinky Boots, Hadestown, Waitress, as well as film and television. Fernandez, a Cuban-American, is a Pulitzer Prize-winning journalist. The two formed a close bond when they produced a musical Off-Broadway together called Unexpected Joy.

When Kierstead asked him to join the producing team, Fernandez replied, “I’m only interested in joining if the show is culturally and ethnically diverse and the story is inclusive.” Kierstead’s response was joyous and enthusiastic, “I’m so pleased to hear this! The only shows I would ever be a part of are those that are all-inclusive, where there is diversity and represents people of many backgrounds.” They knew at that point that they would be long-time friends and business partners and, hence, Broadway United was formed.

They went on to produce Miami’s longest-running show called The Amparo Experience, an immersive show in a downtown Miami villa which told the story of the Cuban revolution and was sponsored by the famed liquor company Bacardi. From there, they were co-producers of American Son on Broadway, starring Kerry Washington, followed by Tony-nominated The Inheritance and the revival of Frankie and Johnny in the Claire De Lune starring Audra MacDonald.

This past February, they produced a one-woman show in Chicago called The Adult In The Room, which tells the story of Nancy Pelosi and her road to becoming Madame Speaker. After a triumphant, critically acclaimed run, they expected to present the show Off-Broadway over the summer, but the novel coronavirus pandemic had other plans. They are currently working to create a filmed version in order to show the journey of one of our national heroines and her commitment to diversity and inclusion.

Currently, they have partnered with a Latin film company and are slated to create a new series to air in South America. Fernandez is also producing a play that Kierstead wrote some years back called Borrowed starring Latin telenovela star Rene Lavan. There is already interest from Spanish speaking countries for both a stage and film version.

What they are most excited about, though, is having the cast, the language and culture reflect the audience — showing people themselves on the stage and screen. They are working hard on non-commercial ventures, including a play festival that solicits and produces BIPOC artists’ work in an on-line medium sponsored by some of the nation’s top not-for-profit theatre companies.

In celebration of World AIDS Day, this December, Kierstead and Fernandez are producing a virtual performance of Bill Russell’s Elegies for Angels, Punks, and Raging Queens to benefit Broadway Cares/Equity Fights AIDS. The all-star benefit features 50 multi-cultural stars of stage, film, and television including Robin DeJesus, James Monroe Iglehardt, Lena Hall, Nathan Lane, Fran Drescher, Richard Chamberlain, and many more. BC/EFA supports the diverse community of actors across the country, as well as numerous other organizations that support individuals facing breast cancer, homelessness and many other hardships.

Since its inception, Broadway United has always embraced diversity and have been committed to inclusion as core tenants and foundational to their creative partnership. Kierstead says, “It’s our job to welcome everyone and be sure they feel cared for. A host’s job isn’t merely to leave the door to the party open, but a host in the highest form is welcoming to the guests, ensures they are comfortable offering food and drink, and only sees their job as complete when they have introduced and acquainted the newcomers to the others at the party.

The act of welcoming and caring for people who do not share identities must be parlayed into the theatre world and in other aspects of life. Fernandez says, “It’s my responsibility to bring other people in and embrace them. I wish people had done that for me; I had to claw my way up the ladder. That won’t happen going forward on my watch.” Fernandez is committed to changing the culture by making sure Broadway United sets the bar high and by exceeding it every time.

You can help Broadway United’s eponymous vision of everyone having a seat at the table by supporting their virtual event to benefit Broadway Cares/Equity Fights AIDS of Bill Russell’s Elegies for Angels, Punks, and Raging Queens on Tuesday, December 1st, 2020 at 5 pm EST and 5 pm PST, STREAMING ON BROADWAY ON DEMAND ON WORLD AIDS DAY by donating at broadwaycares.org/elegies2020.