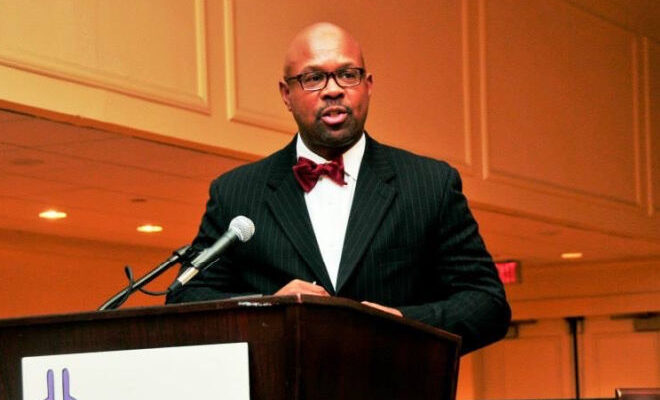 Earl Fowlkes, Jr., the President/CEO of the Center for Black Equity, is on a mission. With the upcoming election, labeled by many as ‘the most important of our time,’ he is committed to educating people in the Black LGBTQ+ community before November 3rd.

“A lot of our people don’t vote,” said Fowlkes, who is also the Chair of the Democratic Party’s LGBTQ Caucus. “They don’t feel the investment in voting or the need to vote. It’s tragic because if 60,000 Black, gay folks had voted in Pennsylvania, Michigan and Wisconsin, then we would have a different administration. Finding out how many didn’t vote or aren’t registered to vote is amazing. Many of our younger LGBTQ folks don’t understand the importance of voting or filling out the Census and how that translates to resources for the entire community.”

Under the Center’s 501(c)(4), political advocacy will be taking place in various forms. The focus is on sharing information, via online mediums, regarding candidates and their platforms, identifying contenders whose beliefs align with those of the community, confirming voter registration, determining individual’s best option for how to submit their ballots, arranging transportation to the polls and encouraging others to vote. It is work that Fowlkes believes is necessary and is rooted in the characteristics he saw displayed as a child.

Growing up in a religious household in South Jersey, Fowlkes learned lessons in appreciation, compassion, fairness, education, service and tolerance from an early age. The oldest of five, he took mental notes as he watched his father, a government employee and minister, treat all people with respect.

As he transitioned from home to college at Rutgers University and life in New York City in the 1980s, these teachings remained at the forefront of his mind and became a catalyst to unlocking doors along his career path. Having scrapped his plans to become a teacher, Fowlkes was working at Bergdorf Goodman department store when he began volunteering with an organization called God’s Love We Deliver which delivered meals to people living with HIV/AIDS.

When he was laid off from his job, a friend offered him a position doing social work for her agency. After completing the necessary hours, he became a Certified Social Worker. Tapping into his desire to assist others, Fowlkes offered clients an approach that held them accountable.

This mindset led him to the nation’s Capitol in 1996, where he worked for multiple organizations serving clients with HIV/AIDS. Early in his arrival to the city, he was invited to a Black Pride event. Expecting to be unimpressed, he was pleasantly surprised to encounter over 2,000 people who attended despite the rain. The experience was instrumental in his formulation of the International Federation of Black Pride (now known as the Center for Black Equity), a coalition of Black Pride organizers in the United States, South Africa, the United Kingdom and Canada, in 1999.

Recognizing a restructural need, the name change occurred in 2012 and the organization expanded its reach by adopting three pillars to guide them in their programming, communication and outreach: health equity, economic equity and social equity. Hence the emphasis on the election and how the issues affect the organization’s community in various areas.

While important, those topics are not number one on his list.

“The biggest issue and the one I’m most concerned about is voter suppression,” Fowlkes said. “There are forces in our country that see Black folks voting as a danger to our democracy, which is totally absurd. What the opposition has decided to do is put barriers in place to discourage voting. We’ve seen photos and news reports of people waiting in line three to four hours to vote. How many people didn’t wait in line or couldn’t because they have babysitting issues or have to work or aren’t well or are caregivers?”

His answer to the problem is simple but takes commitment from many to execute the plan.

“We have to vote for candidates who will redistribute some of the investments into Black communities,” Fowlkes said. “I want to see policy changes that we won’t see for a couple of years. I want to see philanthropic organizations reinvest in the Black community. I want to see the government shift money from other issues to invest in the Black community, our education and our healthcare. We need to keep these people’s feet to the fire and remind them of their duty and responsibility to the community. That’s what voting does. And do it for 10, 15, 20 years as long as it takes to undo the 401 years of slavery.”

Until then, the Philadelphia native will continue to be motivated by the collective effort he’s witnessed and encountered.

← Previous Story Irene Brank: “I didn’t know what the ‘T’ was for in LGBTQ”
Next Story → NGLCC’s Justin Nelson: “The stakes have never been higher.”