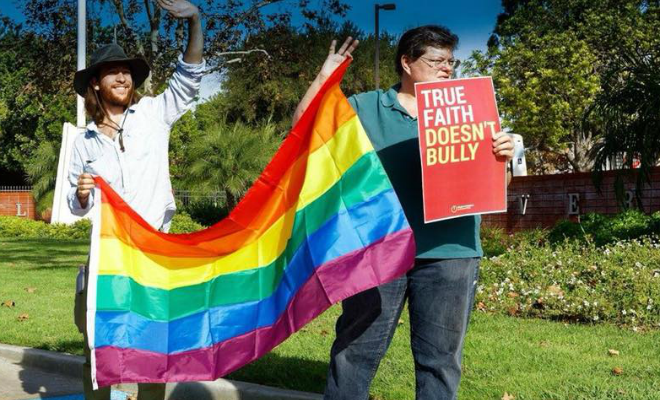 Faith In America Merges with The Tyler Clementi Foundation

On November 13, 2017, at The Tyler Clementi Foundation’s Upstander Legacy Celebration, Mitchell Gold, co-founder and co-chair of Faith in America, and Jane Clementi, co-founder and Vice President of the Tyler Clementi Foundation Board of Trustees, announced that their organizations will be joining forces to work together to end religious-based bullying.

Since 2006, Faith In America has worked to educate the public about the ongoing harm caused to LGBTQ people, especially youth, by faith-based discrimination. Ultimately, the organization hopes to end decades and centuries of using religious teachings to justify marginalizing and discriminating against others.

Through resources geared toward changing the hearts and minds of religious communities on the “sinful” nature of homosexuality, Faith In America is committed to helping reduce the tragically high suicide rate among LGBT youth.
“I want to thank the Faith In America and Tyler Clementi Foundation boards and staff for embracing this visionary plan to join forces,” said Gold. “Now more than ever, as anti-LGBTQ religious fundamentalists have taken over our highest political offices, we must protect LGBTQ youth from the lifetime of harm caused by faith-based discrimination and rejection from their families and faith communities.”