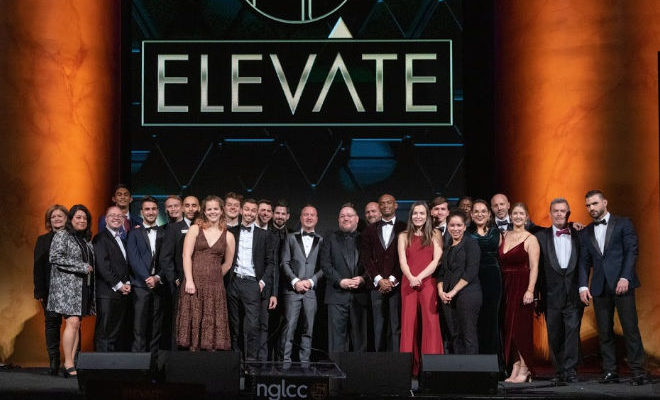 The National LGBT Chamber of Commerce (NGLCC) honored corporations, suppliers and individuals at the 16th annual National Dinner awards gala in Washington, D.C. This year’s theme was “Elevate”, celebrating the year’s many accomplishments and encouraging the LGBT community, allies and advocates to continue to reach higher in pursuit of equality. 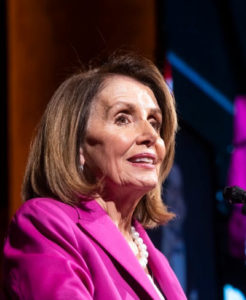 Rep. Nancy Pelosi was a surprise guest at the gala. She shared words of encouragement for the LGBT business community and her support of the trans community.

In a statement recognizing the honor, NGLCC said, “Beth is the global sponsor for diversity and inclusiveness efforts at EY, serving more than 260,000 people in over 150 countries. Since coming out in a company-wide ‘It Gets Better’ video in 2011, Beth has leveraged her global platform to champion LGBTI and women’s issues at EY and in its programming, which reaches far beyond the walls of the company.

“Her internationally celebrated support for diversity, mentorship and flexibility programming has contributed to EY’s consistent recognition among top organizations and news outlets as a champion of LGBT and women’s issues in the global community. Her support for diversity, mentoring and flexibility programs has contributed to EY’s consistent recognition by Fortune as one of the 100 Best Companies to Work For.

For her work, Forbes has named Beth among its World’s 100 Most Powerful Women list ten times for her ongoing work to support the LGBTI community. Through Beth’s leadership, EY joins annually with Forbes to recognize the accomplishments of women on the 100 MPW list at the World Economic Forum in Davos.

“NGLCC Global is thrilled to have the support a global advocate like Beth Brooke-Marciniak behind its mission of LGBTI inclusion in the global business inclusion.”