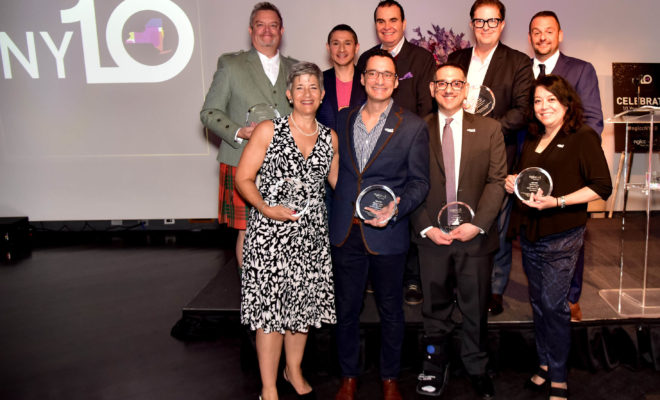 It was a tribute 10 years in the making. In October nglccNY celebrated a decade as the premier LGBT business network in New York City and as the regional office of the National LGBT Chamber of Commerce (NGLCC) at a gala celebration in New York City.

Presented by JPMorgan Chase & Co., the gala celebrated nglccNY’s decade of success as well as the industry-leading, innovative companies that make nglccNY one of the most active and successful hubs for LGBT business owners in the world.

Chris Frederick, Executive Director of NYCPride, was honored for leadership in the community and inclusion of LGBT businesses in the production of Pride.

nglccNY has more than 500 members and represents more than 150 certified LGBTBEs. During its first 10 years, the organization produced hundreds of small business workshops, LGBTBE roundtables, pitch practice events – including the award-winning Certified Superstar competition — and some of the most diverse and welcoming B2B networking events in the city.