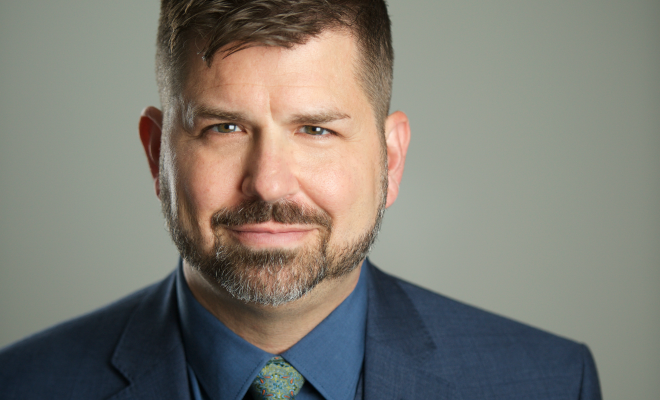 The dry, brown pine needles crunched under my feet as I trudged up the hill above my middle school. Head drooped, eyes always to the ground, I avoided eye contact and the pine cones. But, I hardly ever avoided the gang of bullies waiting for me at the top. The verbal harassment — always “fag,” or “homo” — began before my feet stepped off the sidewalk that marked the end of school property. This was the proverbial “line in the sand” school officials cited to claim there was little they could do to stop the anti-gay bullying I experienced almost every day.

I can still see their leader standing at the top of the hill. Tall and thin, with long, brown, feathered hair, he always dressed in the same clothes: jean jacket, tight blue jeans, and brown, suede, leather boots with fringe. Looking back, it’s bizarre that he ― mirroring the ‘80s gender-bending, hair metal bands so popular in my New Jersey rust-belt town ― bullied me for being gender-atypical long before I understood my sexual orientation.

Surrounding me in a half-circle, the pack of boys would follow me until I ran the last few blocks home. Sometimes, they’d push and punch me or pull at my backpack to make my books fall out. The worst was when they’d trip me, laughing at the “faggot” as I fell to the ground, knees bloodied.

This happened day after day, year after year. It was simply a part of life in a school district that failed to protect me, living with a fundamentalist Christian mother and stepfather who, given their beliefs about the “sin of homosexuality,” dealt with it by sending me to so-called “ex-gay therapy.”

When it became clear that I wasn’t going to become “ex-gay” (my fault, of course), I came home one evening to find all of my belongings in over-stuffed black plastic garbage bags, piled on the front porch of our home. Like up to 40 percent of youth and young adults who are homeless today, I was a teenager kicked out because of my sexual orientation or gender identity.

Nearly 30 years later, these experiences still haunt me, and my heart breaks for LGBT youth who continue to be disproportionately victimized by pervasive bullying at schools, as well as at their homes and in their churches. The common thread remains religious-based bullying and rejection at the core not only of homophobia, but also the racism, misogyny and xenophobia that has only increased in the current sociopolitical climate.

That journey led me to dedicate my life to advocating for and healing LGBT and other stigmatized populations, while ensuring the next generations are nurtured with dignity and acceptance. I can’t go back and change what happened to me, but I will spend the rest of my life preventing it from happening to others.

That passion and commitment is why I became the new executive director at the Tyler Clementi Foundation, whose mission is to end online and offline bullying in schools, workplaces, and faith communities. As rampant individualism continues to permeate our culture, chipping away at the golden rule to care for each other that is the bedrock of so many world faiths, nonprofits like the Tyler Clementi Foundation need the financial, material and intellectual support of LGBT-led and -allied businesses to meet the increased demands on our services.

I join with the Clementi family and the countless youth and adults helped by our #Day1 bullying prevention program and other services in thanking the small and medium businesses, large corporations and LGBT business owners across the country who so generously support our work. Without you not only helping to “keep the lights on” through your sponsorships and donations, but also sharing your guidance and expertise as members of our Boards, we would not be able to help prevent another parent from losing a child to suicide due to the effects of bullying. Thank you for helping to make our work — and my very personal dream — possible.

To learn more about how your business can help end online and offline bullying in schools, workplaces and faith communities, I invite you to contact me directly at jason@tylerclementi.org or (646) 470-6081.