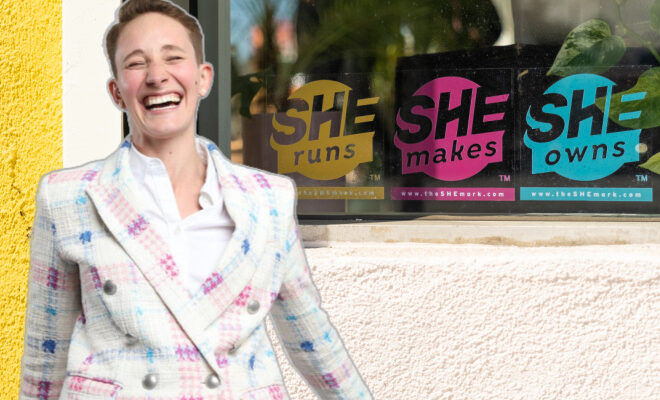 The SHE Mark: Syndicate for Human Equity

Ilana Broad would like to imagine a time when The SHE Mark, a certification firm they co-founded with Sterling Champion, won’t need to exist.

“I’d like to see a future where gender equity in the economy is so common that The SHE Mark becomes obsolete,” says Broad, co-founder and general counsel for the 2-year-old Los Angeles-based company.

But that time isn’t now. So, Broad and Champion are giving people a way to recognize and support companies that demonstrate gender equity among their ranks.

The SHE Mark is “the most inclusive set of gender-focused certification marks,” Broad says, comparing the firm to Cruelty Free International and B Lab (which certifies B Corps.) “We’re working to highlight businesses that include women and gender-diverse people in decision-making roles so that consumers and potential talent can find companies that align with their values.”

When women-led businesses aren’t recognized and supported, they hire fewer people and make less money, Broad says, adding that global economic gender equality would add nearly $30 trillion to global GDP.  “So, our failure to promote women (and pay them equally), as well as prioritize businesses that hire and promote with gender equity, has likely hurt our families and local communities,” they say.

The idea for The SHE Mark came to co-founder Champion when she wanted to buy only food and drinks from women-owned businesses for an International Women’s Day event. Hours of walking store aisles and Googling corporate structures convinced Champion of the need for a simple designating mark. She approached Broad with questions about trademarking the concept. The two had been friends for years and soon they were business partners.

As its origin story indicates, The SHE Mark is designed for B2C companies, giving shoppers an easy way to compare products. But it is also available to B2B enterprises.

The SHE Mark has certified about 50 applicants, most of those in the past few months as the firm has begun to hit a stride after being launched in spring 2020, just as the pandemic threw the country into upheaval.

Companies large and small in any field or sector can apply for The SHE Mark, which comes in three versions: SHEruns, SHEmakes and SHEowns. Knowing that many women-led businesses are small, Broad and Champion designed the certification process to be straightforward and quick. Filling out the application takes 20-40 minutes, and companies learn if they’ve earned certification in a couple of weeks. Once certified, businesses can use the mark for two years before needing recertification.

While there are other certifications available for women-owned businesses, Broad says The SHE Mark is different in important ways that better reflect how companies are structured.

“Our standards intentionally deviate from previous gender representation standards in that we look for 50%-plus instead of 51%-plus, and we also look for gender representation in leadership and creative or innovative roles. …The SHE Mark thinks that gender equal co-ownership is feminist, and we wanted to recognize and highlight the approximately 15% of U.S.-registered businesses that are gender equally co-owned,” they say. “While majority-women ownership is great and one way to push society toward a gender equal economy, it’s not the only way. Gender equally co-owned companies are also helpful and forward-moving, as is gender equality in other leadership positions.”

Broad acknowledges that the phrase “The SHE Mark” reads as “female” and that the naming decision was done, in part for simplicity. Broad and Champion wanted verbiage that people could understand at a glance. But their intention always has been to recognize a diversity in genders and sexes beyond cisgender men.

“As our collective understanding of queer representation grows, we’re starting to see the old 52/48 binary biological sex breakdown, well, break down,” they say. “We know that intersex individuals make up around 2% of the population. They’re obviously not considered in the old school, two biological sexes statistic, so global gender representation can’t simply be 52/48. And we’re finally, as a society, learning more about and normalizing gender identities that are nonbinary again. … So, looking at what ends up being much more complex statistics regarding representation of different sexes and genders in the population, we wanted to be sure to focus on gender equity — meaning building up all underrepresented voices in the economy. That meant walking away from existing standards and developing the new, more inclusive and more equitable 50%-plus women and/or gender diverse-identifying led businesses.”

The firm’s founding documents may explain The SHE Mark best. The “SHE,” Broad says, stands for the “Syndicate for Human Equity.”

For more information on the need to revisit the diverse supplier ecosystem see our piece on Leveling Up to the new Now. 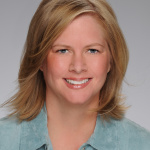