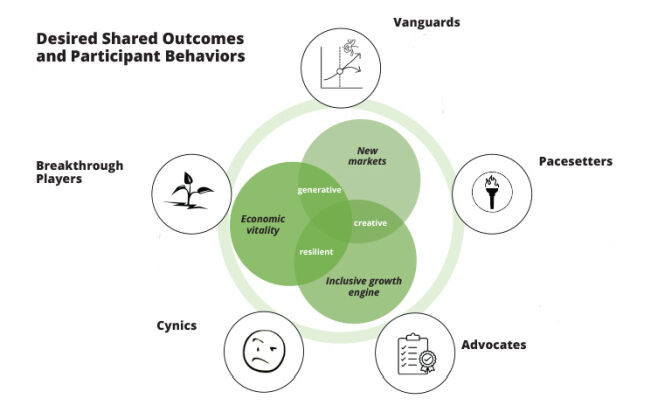 A New Era, A New Ecosystem: Leveling Up to the New Now

Then and Now… and the New Now

In BEQ Pride magazine’s winter 2018 issue, Decoding the Diverse Supplier Ecosystem: A New Era, A New System1 discussed the diverse supplier-talent ecosystem, its brief history (“then”), and the changes in context that have exacerbated the complexities of the ecosystem (“now” at 2018). A lot has happened in the four years since that article was published.

During that “now”—despite technological advances, global connectivity and flows, increased income levels and opportunities, and more—the broad visibility required to navigate and manage complexity and steward the ecosystem’s evolution became more obscure. Perceptions about the roles of government and business became skewed, while trust in institutions was tanking. At the same time, a generation of new diverse, open, talented and impatient leaders was emerging. Prior to 2018, inclusive engagement at multiple levels across the ecosystem would have prevented any misalignment and enabled greater transparency. Instead, we continued to drift toward a process of outdated gate-keeping and compliance that rewards Fortune-ranked companies for efforts that don’t move the needle toward our stated desired outcomes and still exclude many actual diverse small- and medium-sized businesses (SMBs).

Enter the New Now just a few short years later. The dramatic convergence of never-fully-addressed political, economic and social issues and resulting unrest, a global pandemic, wars, new technologies and connections made for a new, murkier climate. But, trying to re-create the successes of minority suppliers using the definitions, standards and approaches of the past 50 years just won’t work in the New Now.

The New Now also created a sense of urgency. Many systems of supplier diversity are breaking because they are extractive systems of incentives and disincentives that protect the political, social and economic power of a small elite by excluding a significant number of diverse suppliers’ power and potential. The extractive mindset and corresponding business and operating models, designed over a half-century ago with hierarchies of privilege and compliance-centricity are now built-in and have become an intergenerational curse.

The spirit and intent of diverse-owned certification — (1) more routes to talent—an inclusive growth engine; (2) more routes to market—economic vitality; and (3) more opportunities for all—new generative markets — have been obscured by the criteria for certification and a short-sighted “compliance orientation.”

Meanwhile, non-certified diverse suppliers are forging their own paths without the support of a more optimized supplier-diversity ecosystem. Conversely, many non-diverse suppliers are open and engaging and intuitively know the value of difference in the marketplace. Imagine if a supplier diversity ecosystem was purposefully oriented around an inclusive growth engine, economic vitality and new generative markets with relevant, clearly-defined outcome-based measures and proper incentives!

Ever optimistic pragmatists and sense makers, we are excited about the upsides of a new and generative system. The progress made to date can be shifted and accelerated if done by keeping in mind economic vitality, an inclusive growth engine and new generative markets as desired shared outcomes. Frankly, the world is big enough. If we are to realize the upsides of a Supplier Diversity Ecosystem, systemic inclusive engagement is necessary—the middle matters. The history of the programs and initiatives we call supplier diversity date back to more than half-century across industries and throughout our economy. There are several issues that must be studied with a deeper dive into the research to better understand how we can realize the benefits of diversity systemwide. But, first and foremost we must engage more ecosystem participants. We need more diverse suppliers with diverse capabilities and we need more participation from SMBs working the middle of our ecosystem. There will be more to come on companies that are successfully engaging the middle in our next issue of BEQ Pride.

There are a host of reasons companies have supplier diversity programs many of which include a direct or indirect economic incentive. What we actually know about the benefits of diversity isn’t actually measured in our programs, instead we rely on antiquated models, compliance metrics, gatekeeping and simple spend goals to determine success. But in the New Now, we’re also all going to have to level up to the responsibility of creating the new and generative Supplier Diversity Ecosystem we want.

Breaking an extractive system and breaking an intergenerational bias are two very different, but interdependent things. The former goes up against institutional rigidities to change—some so embedded and integral to their makeup that they are indistinguishable even to the keenest of observers. The latter goes inward in a process of open introspection and then outward in actions, from small to very large. We contend that both types of “breaks” need to happen but not in the ways those words suggest. Consider these questions: “Do we understand who really is the who?” “Why ‘level up’ and why wait?” “Instead of ‘breaking’ how can we inject flexibility and responsibility right where we are?” “What patterns can we learn from?”

So who’s out there?

In the New Now, there is a broader realization by leaders in the private and public sectors and in civil society that the long-known realities and experiences of diverse communities have yet to be fully understood, recognized and valued. Many are taking action to move beyond today’s murky waters and unleash the potential. Imagine if all diverse-owned companies were included and SMBs were incentivized to actively participate.

Players in the Supplier Diversity Ecosystem are demonstrating distinct behavioral patterns: Cynics, Advocates, Breakthrough Players, Pacesetters and Vanguards. Why do we care about these behaviors? Because these groups relate to the desired outcomes in different ways and operate accordingly.

Ecosystems, in general, are meta communities that participate in different ways and at different levels – all toward shared outcomes. Research into the concept of participation inequality reveals three key groups with varying levels of engagement: 1% of community members have the greatest level of participation and contribution, 9% participate meaningfully when they can but other priorities pull them away, and 90% of members participate the least.

We believe this phenomenon – the 1:9:90 rule of thumb — applies to the Supplier Diversity Ecosystem as well with behavior archetypes:  Vanguards (1%); Pacesetters plus Breakthrough Players (9%); and Advocates plus Cynics (90%). Among these growth in participation among Advocates and converted Cynics could trigger the network effect within the Supplier Diversity Ecosystem. In the absence of seeing into, measuring and learning from these patterns, the benefits of an inclusive growth engine, economic vitality and new, generative markets will continue to evade us. 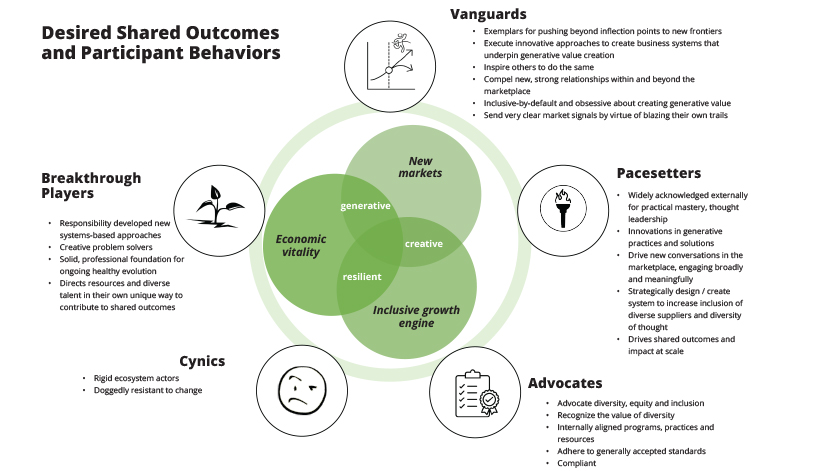 Maintaining today’s extractive systems is no longer feasible. The opportunity cost of not taking action is too high. Imagine if we designed and embedded learning into a new Supplier Diversity Ecosystem on purpose? It’s time to level up. 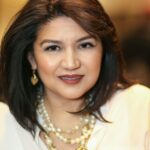 Lynn Reyes is a Strategic Growth Executive, optimistic pragmatist and ally with broad international credentials and a proven track record of making change work for the better. She is passionate about data, technology and the power of diversity and creativity in solving problems, constructing business value and embedding the practice of innovation.