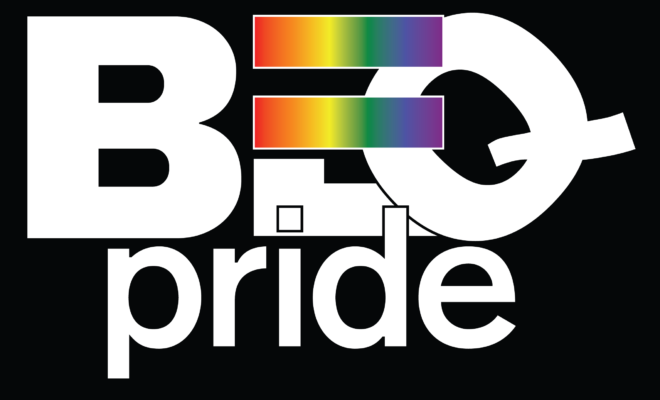 There’s something we’re not talking about in the LGBTQ community and it needs to be addressed.

Coming out is already a difficult decision for most. There are so many things to consider. How will your friends and family take the news? How do you define your identity independent of your sexuality? For many, coming out is like starting over. The big reveal often places unbearable weight on existing relationships, professional endeavors and even your health. But in the end, you can rest easy because you’re finally living your truth and there’s a big community of people just like you who share your experience and are waiting to embrace you. It sounds like something to look forward to but that embrace doesn’t always happen.

Take a look around you and you’ll see that the LGBTQ community isn’t all standing together, holding hands and singing “Kumbaya”. Young black boys are logging onto Grindr or Scruff and scrolling through profiles that read “No chocolate” or “No black guys”—a thinly veiled sort of racism disguised as sexual preference. A nightclub flyer features the bare torso of a fit white male. The white gay experience is the predominant story whenever there’s room for a gay story on television.

For young LGBTQ POC, it can be difficult to find a comfortable space within the community. This difficulty often leads them to look back to the community they come from. Whether we’re black, Hispanic or Muslim, we’re all looking for a sense of belonging. Sadly, that’s not so easy to find with people who look like us.

Take for instance the black community. In Barry Jenkins’ Oscar-winning film Moonlight, lead character Chiron is a gay boy who’s picked on and tormented by other black boys because of his sexuality. His story mimics the true experiences of so many real-life LGBTQ POC. Without a space in your ethnic community and without a welcome committee of LGBTQ peers, where do you turn?

Standing at the intersection of race and sexuality is an uncomfortable place to be and somewhat unfathomable. But despite our community’s efforts to be accepted by all and increase visibility, there’s a lot of division within.

At January’s Women’s March, black trans activist and journalist Janet Mock said, “Our approach to freedom need not be identical, but it must be intersectional and inclusive. It must extend beyond ourselves.” These are powerful words that define the vision for our movement.

If there isn’t space for POC, there won’t be space for any of us. The one thing that can cause a group to fail is a lack of unity.

When someone says their refusal to date a black person is “just a preference” or a gay news site overlooks the alarming trend of black trans deaths, their behavior sends a message that there’s only one definition of LGBTQ. There’s only one image, one set of interests.

The LGBTQ community is just as diverse as the rest of the country. If we want to emerge victorious, we must stick together. We can’t fix our families and decades of beliefs that make us feel shunned from our own cultures. But we can find a new home with our LGBTQ peers and turn our community into the place of inclusiveness we’ve all desired.

Failure to do so could be our downfall.