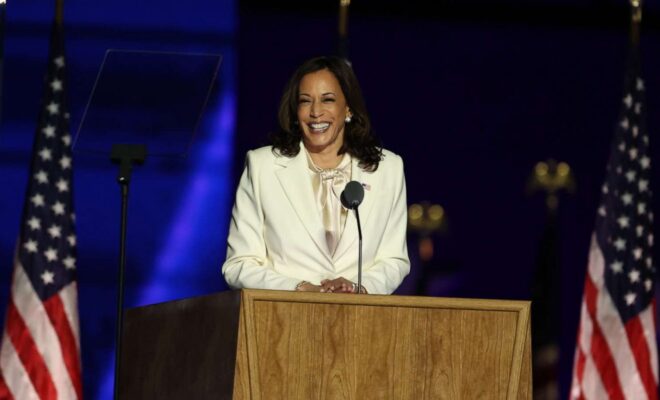 On November 7, 2020, Americans and people across the world witnessed a profound moment in United States history as the president-elect and vice president-elect took the stage to claim the 2020 United States Presidential Election. This moment means many things for many people. For the Democratic Party, it means the ability to leverage its base to reach new voters across the country. Among the many meanings for women, it symbolizes the first time the glass ceiling to the second-highest position in the United States government has shattered. For people of color, the moment includes a reckoning in celebrating their continued success in gaining a seat at the table once dominated by white men. For white men, it was the first time that we saw our country’s leader take a back seat so that a profound opportunity could be realized.

During the broadcast on that cool Delaware night, President-Elect Joe Biden did more than share the spotlight; he leveraged his influence to recognize that this moment could be dominated by white privilege or he could be mindful about the moment in history for Vice President-Elect Kamala Harris and every spectator. As past decorum dictates, a vice president-elect rarely speaks prior to a president-elect’s victory speech. While quiet support from Harris on the sidelines would have been acceptable, it would not have been appropriate. This victory was more significant than a win for Biden; it was a moment to highlight who and what Harris represents. While many Americans may not accept or respect Kamala Harris’s rise into a role previously held by only white men, the reality is that this glass ceiling cannot be unshattered.

As Vice President-Elect Harris walked across the stage, she wore the regalia of a modern-day suffragette, honoring the 100-year anniversary of the ratification of the 19th Amendment. When she spoke, her words told us about her past, our present and gave us hope for America’s future. The rhetoric that so elegantly flowed from her encouraged, inspired and awed us. It was an iconic moment showing that change is here.

Harris’ ascension and presence during this evening demonstrated the type of Commander in Chief Biden intended to be for Americans. He showed us that real power quiets its ego and takes the opportunity to give a voice to those who are often silenced. It was not about giving her permission or carving a moment for her, but rather recognizing that these moments are always there and it was crucial to give her the respect she has earned for her achievements, and as our future Vice President. Providing the platform for Harris to speak did not take away from Biden; it elevated him as a world leader and called for us to see what America looks like today.

As Harris stepped away from the podium, Biden took the stage, gave Harris a nod and stepped up to the microphone to speak about what the new administration would look like. He took the time to reflect on his win, his family and his country. He further embraced Harris by acknowledging her as more than a running mate — he referred to her as a partner when he said, “I will name a group of leading scientists and experts as transition advisers to help take the Biden-Harris COVID plan…” The fact he called out a joint “Biden-Harris” initiative continued to establish Harris as an equal, not just a member of his White House administration.

For too long, white men have climbed the ranks of institutions on the backs of women and people of color. When white men reach the top, they may use their position and privilege to recognize their teams, but they rarely partner with them in leadership. When figures from the aforementioned minority communities are “invited” to participate in positions of leadership, they are dominated by homogenous cultures, which dull the authenticity of their status. Their positions ultimately tokenize them by confining them to their identity rather than allowing their credentials and achievements to speak for themselves.

When women and people of color get a seat at the table, we often position them to edit themselves in order to make the dominant culture comfortable. Consequently, we are no better for it because it does not welcome different ideas or perspectives.

As we continue to evolve, women and people of color must be asked if they would like to be invited to the table and included in the conversation. Diversity is often an item on a checklist, and inclusion is a veiled attempt to silence opinions; however, diversity cannot be lip service; inclusion cannot be a passive means to pacify qualms. True quality means we are all given the time to speak and the respect to be heard.

White men must embrace and welcome diverse stories, thoughts, opinions, advice and intelligence. We cannot alleviate pain, suffering and struggle in this world without giving the space for people to take their place and be heard. They must be given positions of authority and power to influence outcomes. They must be seen and heard, valued and validated.

When white men share their space, they are not giving up power, they are empowering others. We can alleviate many of our problems when we elevate everyone around us. We cannot prescribe the solution when we are the problem. We can all do better when we create environments and opportunities that are inclusive for everyone.

Going back to that moment on that Saturday night, what if Harris walked on stage in a black suit and simply said “Welcome your new president, Joe Biden”? That would have been a missed moment and we would not be better for it — yet, white men would not have noticed, or perhaps cared, at all. Biden said that night, in referencing the election of a Black-South Asian Woman, “Don’t tell me it’s not possible in the United States. It’s long overdue.” What’s more overdue is white men not meeting the moment to quiet themselves so the words of another person can be heard. 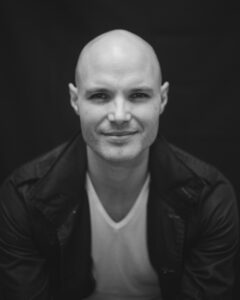 Vaughn Farris (he/his/him) is a consultant based in Southern California. Most recently, he served as an executive director at CCS Fundraising. Vaughn has also held positions at the National LGBT Chamber of Commerce and Women’s Business Enterprise National Council. His career has been dedicated to working with corporations, non-profits, and community leaders to facilitate partnerships, build educational programs, and create opportunities for diverse and underserved communities. Vaughn is passionate about social issues focused on equality and inclusion, animal welfare, and environmental justice.

← Previous Story NGLCC’s Justin Nelson: “The stakes have never been higher.”
Next Story → Lolita Morrow: Building her own d*mn tables