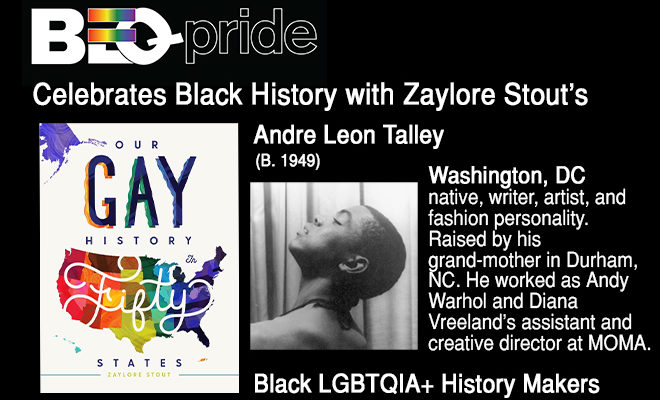 Andre Leon Talley (Washington, DC) is a writer, artist, and fashion personality. Raised by his grandmother in Durham, North Carolina, Talley drew inspiration from the clothing of his relatives and the outfits of the congregation members at his church, as well as from issues of Vogue that he read at the library.

Talley worked as Andy Warhol’s assistant and as an assistant to Diana Vreeland, a chief editor at Vogue and creative director at the Metropolitan Museum of Art known for her sharp eye and tongue, whom he describes as one of his most important mentors. He worked at Vogue for thirty years as a journalist, editor, and creative director before becoming the chief editor at Numero Russia, a Russian fashion magazine, for one year.

Talley has made appearances on shows such as Sex and the City and was a judge on America’s Next Top Model, and remains a powerful and dynamic figure in the fashion industry. He says he has never had a relationship because he gave everything to his career. A documentary about his life, The Gospel According to Andre, came out in 2018 to critical acclaim.