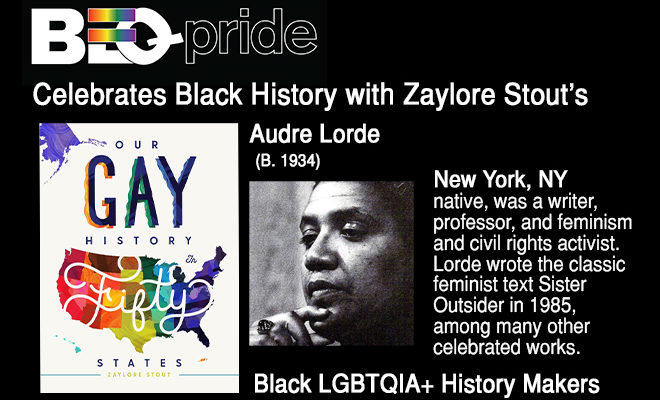 Audre Lorde (New York, NY) was a writer, professor, and feminism and civil rights activist. Lorde wrote the classic feminist text Sister Outsider in 1985, among many other celebrated works, which have created space for discussions of racism, sexuality, and class. Lorde challenged the issue of racism in feminist thought and emphasized the interrelation between forms of oppression.

Lorde was an influential activist for civil rights movements and attended the March on Washington in 1963. In 1991, she was named New York State Poet Laureate. Lorde was diagnosed with breast cancer in 1978 and with liver cancer in 1985. She spent the final six years of her life in St. Croix in the US Virgin Islands, the home of her partner, Dr. Gloria I. Joseph, before dying in 1992.