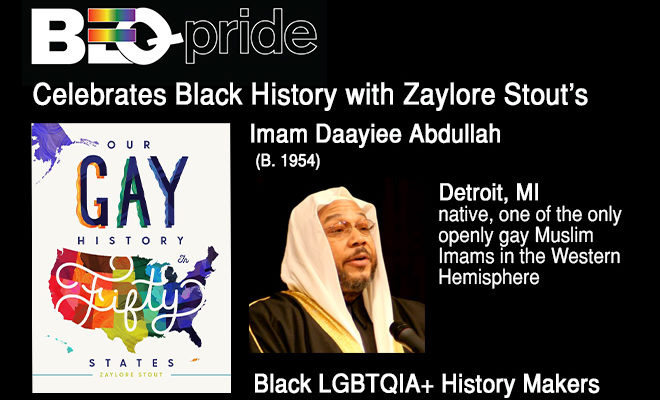 Daayiee Abdullah (Detroit, MI) is one of the only openly gay Muslim Imams in the Western Hemisphere. From the age of five, Abdullah knew there was something different about him, but he didn’t tell anyone about his sexuality until age fifteen. After being encouraged by his parents to find “something to believe in,” Abdullah began exploring his spirituality and eventually converted to Islam in 1985.

He was an active member of the LGBT+ community and worked in San Francisco as a coordinator for the National March on Washington for Lesbian and Gay Rights. Abdullah is the executive director of MECCA Institute (Muslim Education Center for Creative Academics) and the education director at the Light of Reform Mosque in Washington, DC. Abdullah travels the country, talking to young Muslims about progressive Islam as well as performing same-sex marriages for Muslims.