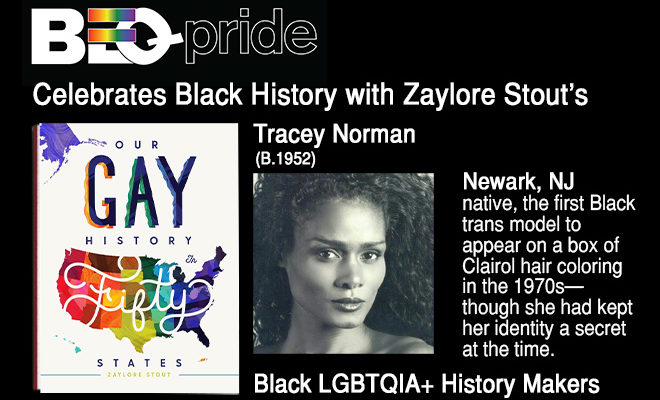 Tracey Norman (Newark, NJ) was the first Black trans model to appear on a box of Clairol hair coloring in the 1970s—though she had kept her identity a secret at the time. Norman began her modeling career in 1975 when she booked a gig with Vogue Italia. Shortly thereafter, she signed a contract with Avon and Clairol to be the face of the No. 512, Dark Auburn in the Born Beautiful hair color line.

Norman’s career flourished in the 1970s; in 1980, while she was on a shoot for Essence magazine, the hairdresser’s assistant discovered and spread word that Norman was transgender. Because of taboos against trans women, Norman’s pictures were not published and her modeling career came to an end.